How to Assure that your Settlement Payment is Tax Deductible

What should your settlement agreement say with respect to the tax treatment of settlement payments?  The answer now, following the recent holding in Fresenius Medical Care Holdings, Inc. v. United States, is the lawyer’s most common response to tough questions:  it depends.

The opinion is worth reading for any lawyer, tax director, or corporate executive who participates in legal and tax matters—simply because its language is entertaining.

Unlike most tax cases and tax materials, this case is not your typical cure-for-insomnia fare.  It is peppered with seldom-used vocabulary words that alternate between spelling-bee-worthy and SAT-worthy:  words such as “kaleidoscopic,” “gallimaufry,” “asseveration,” and “talismanic.”  And that’s just the first couple of pages.

The settlement agreement reached between the parties was silent with respect to how the payments should be treated for tax purposes.

The settlement payment in this case was $486,334,232, almost 80% of which was in settlement of civil liability claims.  The settlement agreement reached between the parties was silent with respect to how the payments should be treated for tax purposes.  Naturally, Fresenius wished to deduct most or all of the civil settlement amount on its tax returns.  The case highlights a tension between, on the one hand, traditional principles of deductibility (ordinary and necessary expenses of a business, including compensatory damages) and non-deductibility (fines or penalties), and, on the other hand, the provision for treble damages under the False Claims Act.

The government argued that a provision in the settlement agreement addressing the tax characterization of the payment is a precondition to deductibility.  The Fresenius Court disagreed, stating first that intent, expressly agreed or not, is too narrow a focus for the tax treatment of a particular payment.  Second, the court held that, in the absence of tax characterization, the court’s inquiry may go beyond the agreement itself and become one that investigates the “economic realities of the transaction.”

Fresenius is an important lesson about articulating the characterization of payments for tax purposes in settlement agreements, and especially, in cases involving statutes with particular damages provisions, such as the False Claims Act.  The bonus in reading this case is the entertainment provided by the author, the Honorable Douglas P. Woodlock.

Carolyn Schott is a tax attorney concentrating in the areas of Federal, State& Local Taxation. 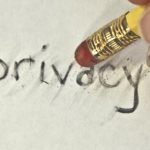 Breach Under HIPAA May Have Occurred: Am I Required to Notify?Blog, Health Care 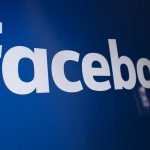 So You Want to Subpoena Facebook Content…Blog, Litigation and Dispute Resolution