More False Claims Act “Good Cause” Activity in the MDTN

In May, I wrote about some interesting rulings from the Middle District of Tennessee related to the “good cause” standard in False Claims Act (FCA) cases. Under 31 U.S.C. § 3730(c)(3),

The statute does not define good cause, but the standard applies in a couple of important contexts. First, the Government must show good cause to intervene and take over litigation of an FCA case after it already declined to do so and the relator has begun prosecuting the case. Second, the Government must show good cause to intervene and dismiss a relator’s claim under 31 U.S.C. § 3730(c)(2)(A) (“The Government may dismiss the action notwithstanding the objections of the person initiating the action if the person has been notified by the Government of the filing of the motion and the court has provided the person with an opportunity for a hearing on the motion.”).

Early this year, Chief Judge Waverly Crenshaw denied the Government’s request to intervene in the first scenario in United States et al. ex rel. Odom et al. v. Southeast Eye Specialists, PLLC, et al.[1] In doing so, the court vacated a federal magistrate judge’s prior decision to grant the United States the right to intervene. The Government filed a notice of appeal in the case but later withdrew it, and the relator is proceeding with the litigation. Chief Judge Crenshaw’s decision signaled that the Middle District might employ a more stringent good cause standard for delayed government interventions than some jurisdictions.

Good cause is not defined by the statute, but the standard applies in a couple of important contexts

But in April, District Judge William Campbell granted the Government’s request to intervene in order to dismiss United States ex rel. Hinds v. SavaSeniorCare, LLC et al.[2] In that case, Judge Campbell, inter alia, declined to “second-guess the Government’s determination that additional recovery [was] ‘unlikely.’” Despite the different context, the “good cause” standard for intervention is, theoretically, the same. Judge Campbell’s decision raised the question of whether there may be differences in how district judges within the Middle District will approach the FCA’s good cause standard in both scenarios. 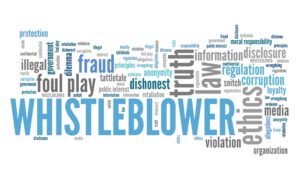 The Government’s arguments in favor of intervention in Southeast Eye Specialists before Chief Judge Crenshaw were similar to the arguments it presents in Methodist. Although the particular facts will differ, it will be interesting to see how Judge Campbell applies the 31 U.S.C. § 3730(c)(3) good cause standard to the Government’s request. Anyone who does business with the federal government in Tennessee should keep an eye on Methodist for further guidance on how the judges in the Middle District will approach future Government intervention motions under § 3730(c)(3).

We continue to monitor developments in the FCA area. Subscribe to the SRVH blog and follow us on Twitter and LinkedIn for future updates. Contact the lawyers in our Government Compliance & Investigations group with any questions or concerns. 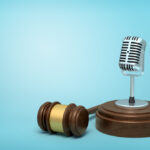 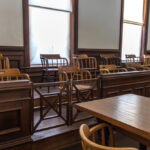