Nashville is the healthcare capital of the United States. According to the Nashville Health Care Council, the Middle Tennessee area is home to over 500 healthcare companies with an economic impact of approximately $67 billion annually. So it comes as no surprise that Nashville has seen a corresponding increase in federal fraud enforcement efforts involving the healthcare industry. This includes significant False Claims Act (FCA) litigation in the United States District Court for the Middle District of Tennessee (MDTN). 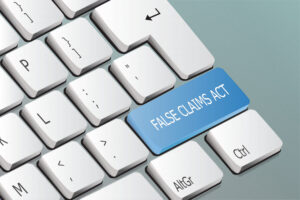 Over the last several months, the court has issued several significant rulings involving civil and criminal healthcare fraud allegations. These decisions address a host of distinct and nuanced issues, both substantive and procedural, that will impact how healthcare defendants approach these cases in the months and years ahead. One such issue discussed in a recent opinion arises in many, if not most, FCA cases: whether the government’s allegations of fraud meet the stringent standards outlined in Federal Rule of Civil Procedure (FRCP) 9(b).

FCA defendants often wield Rule 9(b) as a weapon to quickly derail claims, moving to dismiss the government’s complaint for failing to sufficiently and specifically set forth the factual basis for their allegations of fraud. That is precisely what the defendant attempted to do in United States et al. ex rel. Anderson et al. v. Curo Health Servs. Holdings, Inc., et al. Although MDTN’s judges have made rulings largely favorable to healthcare companies in recent FCA cases addressing procedural issues, such was not the case in Curo.

The Heightened Rule 9(b) Pleading Standard

FRCP Rule 8 sets forth the general pleading standard for complaints filed in federal court. Under that rule, a complaint must contain, among other requirements, “a short and plain statement of the claim that will give the defendant fair notice of what the plaintiffs claim is and the grounds upon which it rests.” Conley v. Gibson, 355 U.S. 41, 47 (1957). But when a complaint complains about allegations of fraud, a plaintiff must meet the heightened pleading requirements contained in Rule 9(b).

Rule 9(b) provides that when alleging “fraud or mistake, a party must state with particularity the circumstances constituting fraud or mistake. Malice, intent, knowledge, and other conditions of a person’s mind may be alleged generally.” The purpose of both rules is fundamentally the same: to provide a defendant fair notice of the substance of a plaintiff’s claim so it may prepare a responsive pleading. But in cases involving fraud and mistake, Rule 9(b) requires “a more specific form of notice” to allow a defendant to respond to the allegations properly.

In Curo, the court faced a threshold 9(b) question raised by the defendants in their motion to dismiss: when an FCA complaint claims that a healthcare defendant engaged in a fraudulent scheme that extended to scores of facilities over several years and involved hundreds of patients, how detailed must those allegations be to be sufficient under Rule 9(b)?

In Curo, the FCA complaint against a group of Tennessee hospice providers alleged, among other things, that the providers incorrectly classified Medicare and Medicaid patients as terminally ill to fraudulently bill the governments (the United States and Tennessee) for their hospice services. The defendants moved to dismiss for failure to state a claim on several bases, including insufficiency under Rule 9(b).

Specifically, the defendants asked the court to dismiss the governments’ claims for 24 of their locations because – although the governments pled examples of specific patients for whom they believed some or all the provided hospice care was medically unnecessary – it did not plead specific examples of patients from these facilities. Regarding the facilities for which the governments did plead specific patient examples, the defendants sought dismissal of all claims against those facilities that fell outside of the dates pleaded for those specific exemplar patients.

Citing 6th Circuit precedent, the court noted that “So long as a [plaintiff] pleads sufficient detail in terms of time, place, and content, the nature of a defendant’s fraudulent scheme, and the injury resulting from the fraud-to allow the defendant to prepare a responsive pleading, the requirements of Rule 9(b) will generally be met.” Similarly, “Where a complaint alleges ‘a complex and far-reaching fraudulent scheme,’ it must also ‘provide examples of specific’ fraudulent conduct that are ‘representative samples’ of the scheme.”

Court Rejects Request to Narrow Claims by Time and Location

The court addressed the first two salvos of the defendants’ motions to dismiss – failure to plead specific examples for certain facilities and narrowing of claims to the time frames of the specific allegations – together, denying both requests. In doing so, the court referred to the defendants’ arguments as a “strikingly aggressive and unsupported” reading of Rule 9(b) ‘s requirement that fraud plaintiffs provide specific examples of an alleged fraud scheme.

Rejecting these arguments and denying the motion to dismiss, the court found no rule or case law requiring an FCA plaintiff to plead a specific exemplar patient from every separate facility when alleging a company-wide scheme. Similarly, it found no requirement that a plaintiff pleads “an example from on or near the first day of the alleged scheme and another example from on or near the last day of the alleged scheme or risk forfeiting the full relevant period of the fraud.”

The district court’s opinion in Curo offers a favorable application of Rule 9(b) ‘s heightened pleading standard for FCA plaintiffs to analogize to, indicating that it may be more difficult for defendants to deliver a knockout blow based on the lack of specificity in a complaint’s fraud allegations.”

The court further opined that the defendants’ arguments on these issues had no logical endpoint. Had the plaintiffs included an example from every facility, the court posited that “the defendants could object that there was not an example for each employee or each diagnosis.” In language sure to be quoted by government and whistleblower counsel in the future, the court concluded that “An enterprising defendant can find lines like these to draw anywhere, no matter how well-pleaded a complaint is. . . . What qualifies as a sufficient set of examples for any given case, however, depends on the nature of the allegations at issue, not on a rote checklist of dates and service locations.”

The district court’s opinion in Curo offers a favorable application of Rule 9(b) ‘s heightened pleading standard for FCA plaintiffs to analogize to, indicating that it may be more difficult for defendants to deliver a knockout blow based on the lack of specificity in a complaint’s fraud allegations.

If you have questions about the Curo case or the defense of False Claims Act actions generally, please contact one of the healthcare attorneys at Sherrard Roe Voigt & Harbison today. 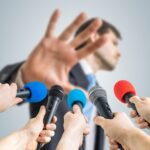 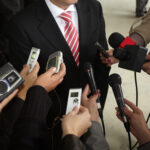 Speaking to the Press without the Protection of PrivilegeCrisis Management & Media Relations, Blog