No one, except former reporters, enjoys watching the local news with me. I feverishly switch channels between all the major stations to see what everyone leads with, how the producer organized their A-block, and what the stations tease before the first commercial break. That’s because a producer’s rundown and news judgment still fascinate me years later.

In journalism school, you learn that every good producer relies on an excellent rundown and a keen sense of what keeps an audience interested.

In journalism school, you learn that every good producer relies on an excellent rundown and a keen sense of what keeps an audience interested. The rundown organizes and times the show and ensures proper placement of stories and commercial breaks.

It’s no wonder that the House Select Committee investigating the January 6 insurrection at the Capitol hired famed former ABC News television producer James Goldston to help “produce” their televised hearings and create a compelling narrative that aired on primetime television. After years of producing shows like Nightline and 20/20, Goldston surely brought skills that lawmakers and lawyers often lack—an ability to grab and keep an audience through good storytelling. Regardless of your opinions on Trump or January 6, I think it’s hard to argue that the hearings weren’t compelling. The expert weaving of deposition testimony, video, and live arguments was like watching a really good newscast or news documentary. You didn’t see any of the usual grandstanding or long oratory typical of politicians. Instead, the pace was appropriately quick and varied and much more appealing for a primetime television audience than the typical congressional hearing.

My colleagues sometimes like to tease me for acting like a civil jury trial is some type of primetime newscast, but I often find those producing gems learned years ago translate surprisingly well at trial.

Like in a news opening, you want to hook that jury in the opening statement and not lose their attention. Placement of witnesses is often key, especially if you are in a long trial. A news director once told me you should scatter gold coins throughout a newscast, and the ordering of witnesses and evidence should follow the same pattern if you want to retain a jury’s attention. Placing an expert academic witness after lunch on the second week of trial when the judge has ordered barbecue for the jurors’ lunch is never a good idea. If the trial  were televised, it would promptly be turned off, or the dreaded channel switch would occur. 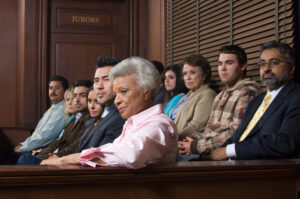 Also, lead-ins are just as important in the news as in the legal world. I worked for CBS affiliates during the heyday of CSI, so I get when you have a captivated audience right before your 10 pm newscast. At trial, it’s similarly important to remember which witness or key piece of evidence was introduced right before your next witness. Lead-ins also help you know when and if you have the entire jury’s attention.

An expert witness’s testimony should be treated like its own mini-production; order the questions in a way to not only keep the jury’s attention but also to appropriately educate them. While I don’t necessarily agree with the old saying that a television audience has the aptitude and attention span of 4th graders, I do think an expert with highly complicated information needs to make their testimony understandable and relatable to the average person.

Finally, timing is key. As lawyers, we want to be thorough and make sure we preserve a record. While I do not think thoroughness needs to be sacrificed, we can learn to tighten our “stories” up just a little. Thankfully, I don’t think a closing statement has to fall into the 1 minute 30 second time slot I was normally given as a reporter. However, I do think a closing statement should not go so long that you can’t hold an audience’s attention.  After one of my last trials, we spoke to jurors who stated they had made up their minds during closing and were a little annoyed at both sides for taking up so much time in closing arguments. A closing should hit all the high points and bring all the evidence together, but there’s no reason for this ultimate piece of trial storytelling to sacrifice brevity.

Not every trial or motion needs the flash of a primetime newscast, but adding in some good producing can make that rundown a little smoother and hopefully more captivating for your audience of twelve jurors. 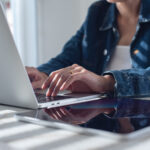 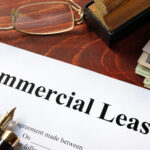 Without Careful Consideration and Counsel, Commercial Leases – Even For A Small Amount of Space – Can Lead to Big Headaches for TenantsReal Estate, Blog