Another One: DOJ Obtains Major Settlement with EHR Developer

If you follow this blog regularly, you are familiar with me preaching about electronic health records (EHR) systems and EHR-related fraud being a priority of the Department of Justice (DOJ). In March 2020, I wrote about the history and possible direction of EHR-related fraud cases. Four months later, I took a somewhat expanded look at that history and trajectory for Compliance Today magazine. Two weeks ago, I noted DOJ’s continued warnings that EHR-related healthcare fraud is a focus of its enforcement efforts. Later this year, I will be co-authoring a book chapter addressing these current trends in EHR fraud and abuse. 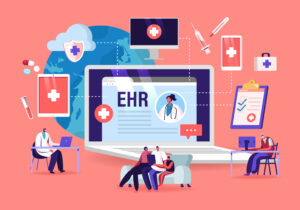 In the meantime, these cases continue to percolate through the legal system. On January 28, DOJ announced another False Claims Act settlement in this space, this time with EHR developer athenahealth Inc. (Athena) for $18.25 million. According to DOJ, Athena paid “unlawful kickbacks to generate sales of its EHR product, athenaClinicals.” Specifically, DOJ alleged that Athena (1) “invited prospective and existing customers to ‘Concierge Events,’ providing free tickets to and amenities at sporting, entertainment, and recreational events, including trips to the Masters Tournament and the Kentucky Derby with complimentary travel and luxury accommodations, meals, and alcohol;” (2) “paid kickbacks to its existing customers under a ‘Lead Generation’ program designed to identify and refer new prospective clients to Athena;” and (3) “entered into deals with competing vendors that were discontinuing their EHR technology offerings to refer their clients to Athena.”

In a nutshell, DOJ alleged that Athena paid kickbacks as part of programs designed to get new healthcare clients to adopt its EHR technology. The case bears similarities to the EHR donation and meaningful use (MU) consulting fraud cases out of the Middle District of Tennessee and the eClinicalWorks and Greenway settlements from the District of Vermont that I discussed in March 2020. The first allegation is also reminiscent of the Department of Health and Human Services Office of Inspector General’s (HHS-OIG) recent special fraud alert concerning speaker programs offered by pharmaceutical and medical device companies.

EHR developers remain in the crosshairs, and should be engaging counsel to monitor their compliance in this area.

EHR developers remain in the crosshairs, and should be engaging counsel to monitor their compliance in this area. EHR users should also be aware of DOJ’s focus on EHR-related fraud, as they may become witnesses or co-defendants in DOJ or whistleblower-alleged misconduct, whether it be kickbacks or false claims regarding from the functions of EHR software itself.

Photo By ivector from Shutterstock 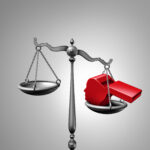 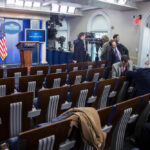 Can Politeness to the Press Help in a Crisis?Crisis Management & Media Relations, Blog