It’s a hot summer and the world is still upside down, as COVID-19 cases and fatalities are on the rise in many parts of the country, including Nashville. But as I have said before, healthcare fraud enforcement does not stop for the virus. A couple of recent False Claims Act (FCA) settlements for the Department of Justice (DOJ) and a whistleblower win in the 11th Circuit are good reminders of the importance of staying abreast of non-coronavirus related fraud and abuse issues.

A couple of recent FCA settlements for the DOJ and a whistleblower win in the 11th Circuit are good reminders of the importance of staying abreast of non-coronavirus related fraud and abuse issues.

On July 8, 2020, DOJ announced a $72.3 million settlement with the Oklahoma Center for Orthopaedic and Multi-Specialty Surgery (OCOM) and its part-owner/management company, Southwest Orthopaedic Specialists, PLLC (SOS), and two SOS physicians. The settlement resolves Medicare fraud allegations involving improper relationships between OCOM and SOS, which resulted in violations of the federal Anti-Kickback Statute (AKS) and the Physician Self-Referral Law (Stark Law).  According to DOJ, “OCOM . . . provided improper remuneration . . . in exchange for patient referrals to OCOM in the form of (i) free or below-fair market value office space, employees, and supplies, (ii) compensation in excess of fair market value . . . (iii) equity buyback provisions and payments for certain SOS physicians that exceeded fair market value, and (iv) preferential investment opportunities in connection with the provision of anesthesia services at OCOM.” The settlement also resolved other allegations regarding preferential investment opportunities provided to the physicians. With Stark Law and AKS regulations in a state of flux, this settlement is a reminder that DOJ is not taking a break from enforcing these laws.

A few days later, DOJ inked a $117 million settlement with Universal Health Services, Inc. and UHS of Delaware (collectively, UHS). The settlement resolved FCA allegations involving “billing for medically unnecessary inpatient behavioral health services and failing to provide adequate and appropriate services.” Specifically, DOJ alleged that UHS (1) admitted patients “who were not eligible for inpatient or residential treatment because their conditions did not require that level of care;” (2) failed to “discharge appropriately admitted beneficiaries when they no longer required inpatient care;” (3) “billed for services not rendered [and] improper and excessive lengths of stay;” (4) did not provide “adequate staffing, training, and/or supervision of staff, and improperly used physical and chemical restraints and seclusion;” and (5) “failed to develop and/or update individual assessments and treatment plans for patients” and related violations. The settlement was the culmination of 19 whistleblower lawsuits filed in four different federal districts. The allegations of billing fraud here are significant, but the accompanying allegations of failure to provide proper staffing, resources, and patient care add another dimension to the case. These types of allegations make FCA cases more attractive to prosecutors and more dangerous to the provider from both a legal and public relations standpoint. 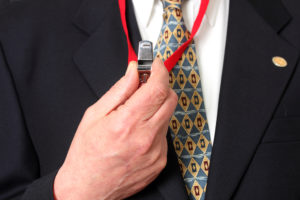 Finally, just when Medicare providers thought it was safe to go back to the Eleventh Circuit after the AseraCare decision, a whistleblower scores a win and gets a large FCA jury verdict partially reinstated. Ruckh v. Salus Rehabilitation, LLC, No. 18-10500 (11th Cir. June 25, 2020) was a declined qui tam case pursued by the whistleblower. Following a nine-figure judgment (after trebling of the damages and penalties), the Middle District of Florida court – much like the court in AseraCare – tossed the jury verdict, finding that the relator had failed to establish materiality. The Eleventh Circuit reversed in part, reasoning that relator’s upcoding and inflated billings for nursing services were material, in part, because “At the time, Medicare reimbursement rates were tied in part to RUG codes.” .” (The court did affirm the district court’s decision regarding the relator’s Medicaid claims.) The court rejected Salus’ argument that paperwork failures were mere clerical errors, holding that “the jury was not required to believe the defendants’ position. Rather, a jury could reasonably find mistake to be an implausible explanation for the defendants’ upcoding.” On an interesting threshold question, the court also held that Ruckh’s entry into a litigation funding agreement for purposes of pursuing her appeal did not deprive her of standing under the FCA.

These three cases are just a sample of recent FCA settlement and judgments across the country. Government investigations of alleged healthcare and procurement fraud are continuing despite the pandemic. For future updates, subscribe to the SRVH blog and follow us on Twitter. Contact the lawyers in our Government Compliance & Investigations or Healthcare groups with any questions or concerns.

Photo By Margoe Edwards from Shutterstock 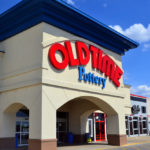 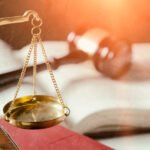