Healthcare Fraud and Abuse: It’s Starting to get Personal- Their Money vs. MY Money

There’s an old saying that goes something like this:  “I don’t mind spending your money, or their money.  But, when it comes to you spending my money, well that is a different thing altogether now.”

In matters of healthcare fraud and abuse, when governmental investigators and insurance companies dig around, make demands for repayments, and assess penalties and fines, this mindset has long been the reaction of the health care industry and its individual owners, executives, entrepreneurs, and even physicians.  That reaction is understandable given the fact that, in many notable cases (including the recent and infamous Halifax and Tuomey cases), the consequences of violating fraud and abuse laws have been borne primarily by organizations, rather than individuals.  No one likes the costs and expenses of defending against fraud and abuse allegations, no one likes making huge repayments or paying fines or settlements, but so long as the money involved is someone else’s money, the unpleasantness is at least tolerable.

Over the past year or so, however, it has become quite clear that the line between “their” money and “my” money (at least for physicians, health care company owners,  executives, entrepreneurs, and others involved in the provision of health care) is about to be blurred, especially if the government and large insurance companies have their way.

While the Yates Memo, in particular, should be carefully reviewed by anyone involved in the provision of healthcare services, a close analysis of the memo is beyond the scope of this blog post.  In relevant part, however, the Yates Memo sets forth new guidelines to be followed by Department of Justice attorneys in cases involving fraud and abuse by an organization, including the following that should send shivers down the spines of corporate executives and physician contractors:

To boil it down even further:

I recently returned from the ABA Health Law Section’s 17th Annual “Emerging Issues in Healthcare Law” conference, at which several sessions addressed the growing trend of personal responsibility and accountability in health care fraud and abuse cases.  For example, an Assistant U.S. Attorney reported that her office would shortly issue press releases regarding settlement agreements in which the settling parties are individuals as well as companies, and that she felt that this would be the norm, not the exception, in the future.

…individuals need to be prepared for the likelihood that they may become personal targets in an investigation involving an organization with which they are associated.

So, what does this mean for individual physicians, owners, executives, and entrepreneurs?  At a minimum, it means that individuals need to be prepared for the likelihood that they may become personal targets in an investigation involving an organization with which they are associated.

What does that preparation involve?  At a minimum, once it becomes clear that a company is in the crosshairs of an investigation, each executive, physician, owner, etc. should ask himself or herself, “Is counsel acting on my behalf or on behalf of the company?”  It is rare that company counsel is able to act on behalf of individuals associated with the company in connection with an investigation.  As such, in many cases individuals associated with the company will need separate and independent counsel.

Importantly for such individuals, most states’ corporate codes and limited liability company acts provide for statutory indemnification of, and advancement of expenses for, officers, directors, employees, and other persons acting on behalf of a company.  What that means is that a company may, and in some cases, must, indemnify and defend its officers, directors, and others acting on its behalf against proceedings brought against such persons in their capacities as representatives, agents, etc. of the company, including in many cases by paying for independent counsel to represent such persons.  Additional protection is often found in corporate bylaws and limited liability company operating agreements, in executive and physician employment agreements, in separate director and officer indemnification agreements, and even in general or professional liability insurance policies. 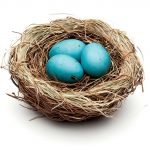 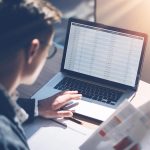