In my first SRVH blog, I wrote about federal charges brought in the Middle District of Tennessee against Dr. James L Crabb relating to an alleged telehealth scheme. Back in July, I wrote a blog about how telehealth and genetic testing had made national news over the 4th of July holiday. Now, in a new holiday season, a new criminal plea here in Nashville shows that these trends in federal healthcare and white collar fraud enforcement are continuing.

Pandemic or no pandemic, telehealth and genetic testing continue to be fertile areas for criminal and civil enforcement and whistleblower lawyers.

On December 3, 2020, the U.S. Attorney’s Office for the Middle District of Tennessee announced that Vernon Sanders, the owner of FastScripts, LLC, had pled guilty to conspiracy to pay and receive kickbacks for Medicare referrals. According to the Government’s press release and the Information filed against him, Sanders “paid marketers to recruit Medicare patients to provide their genetic material, which he then referred to laboratories for Cancer genomic (“CGx”) testing in exchange for kickbacks.” 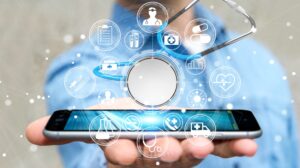 The Government further alleged that Sanders “also paid kickbacks to doctors for signed orders for CGx tests, without regard for the medical necessity of the tests.” Sanders allegedly “obtained signed doctors’ orders for CGx tests for the recruited Medicare beneficiaries by paying physicians and telemedicine companies kickbacks and bribes.” According to the Government, Sanders received approximately $383,260 in kickbacks from laboratories and other co-conspirators, and Medicare paid labs approximately $3,381,434 in in tainted claims. He faces up to five years in prison, a $250,000 fine, and restitution and forfeiture.

Pandemic or no pandemic, telehealth and genetic testing continue to be fertile areas for criminal and civil enforcement and whistleblower lawyers. Companies working in these fields should maintain strong compliance programs in consultation with in-house and outside counsel. Healthcare providers considering such arrangements should consult with their own, independent counsel before taking the plunge.

Photo By sdecoret from Shutterstock 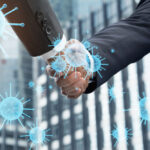 Four Types of Risk Addressed by MAE Clauses, and Where COVID-19 Fits—Lessons from the Delaware Court of ChanceryCOVID-19, Blog, Corporate 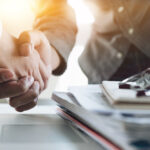 How Well are Sellers Protected from Post-Closing Claims? The Answer May Depend on a Single Magic Word: “Completeness”Blog, Government Compliance & Investigations