The Essence(s) of the Matter

This claim vs. complaint distinction might, at first blush, seem trivial, but for Brenda Benz-Elliott, it was an $650,000 distinction.

This claim vs. complaint distinction might, at first blush, seem trivial, but for Brenda Benz-Elliott, it was an $650,000 distinction. Ms. Benz-Elliott had contracted to sell a piece of property to Barrett Enterprises and Ronnie Barrett of gun manufacturing fame. This contract specified that she would retain a strip of property alongside I-24 to provide access to her remaining property and that this covenant would survive closing. By the time the transaction was said and done, however, the warranty deed did not include this strip. Three and a half years later, Ms. Benz-Elliott sued for breach of contract, intentional misrepresentation, and negligent misrepresentation. The trial court dismissed the misrepresentation claims but ruled for Ms. Benz-Elliott on her breach of contract claim, awarding damages for diminution of value of her remaining, no-longer-connected property.

On appeal, the Tennessee Court of Appeals focused on the type of damages awarded to conclude that the gravamen of Ms. Benz-Elliott’s prevailing claim was an injury to her real property, which was subject to a three-year limitations period under Tenn. Code Ann. § 28-3-105(1)) and was thus time barred. But the Supreme Court disagreed, holding that the gravamen of the Ms. Benz-Elliott’s prevailing claim was generic breach of contract, subject to a six-year statute of limitations under Tenn. Code Ann. § 28-3-109(a)(3). Ms. Benz-Elliott’s claim and all of the accompanying damages were back.

More universally, the Supreme Court recognized in Benz-Elliott that the classic conception of the gravamen of the complaint proved difficult to define (there’s Latin and uncertainty coming back again) and apply, particularly when—as in Benz-Elliott and many other cases—a plaintiff brings multiple claims with different statutes of limitation. Courts had generally agreed that a complaint’s stated legal theories did not provide its gravamen. But Tennessee courts were split on whether it was the type of damages the Plaintiff sought (the approach the Court of Appeals took in Benz-Elliot), the overall objective of the litigation, or a combination of both that determined a complaint’s gravamen.

The Supreme Court resolved this debate in favor of a combined approach, endorsing a “necessarily fact-intensive” two-step process to determine the gravamen of a claim by (1) considering the legal basis of the claim, then (2) considering the type of injuries for which damages are sought. This two-step approach brings some much-needed clarity to an area of law that had, until a month ago, been far from coherent and that, as Ms. Benz-Elliott’s saga indicates, can mean the difference between substantial recovery and no recovery. 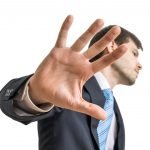 Lawyers: You Have the Right to Remain Silent, but What You Don’t Say Will Be Held Against YouBlog, Litigation and Dispute Resolution 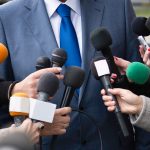