Why Attorneys Should Embrace Crisis Communications

It happens to all of us.  At some point a crisis hits nearly every organization or individual.  We’ve seen it with NFL athletes, politicians, celebrities, school districts, large businesses, and mom and pop shops.  Just this summer, Pilot settled its crisis—at least the most public part of it—for nearly 100 million dollars.  Vanderbilt football players will face a trial likely this year, renewing at full speed what has been nearly constant media coverage for more than a year. An East Tennessee hospital is reeling from a hefty and very public medical malpractice verdict this summer. The stakes may vary but the common dominator is that the key to a crisis is in the reaction. 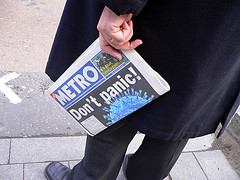 As a lawyer, the gut reaction is to handle the litigation, the deal, the settlement—whatever the legal issue may be—and the other stuff, public reaction, reputation, etc. is either on the back burner or for the PR people to handle.  So, why not just hire a PR firm?  That may be appealing, but here’s the problem . . . for a PR expert to be effective, they need to know everything.  Everything, you ask?  Well, I’m not going to tell someone else about my strategy, everything about my case, especially not the bad stuff.  That’s the normal attorney reaction.  Any PR expert will tell you that’s a disaster waiting to happen.

And if you do tell all—here’s the catch—you may have waived attorney-client privilege in doing so.  Courts have been anything but consistent—at times extending attorney-client privilege to public relations consultants hired in the face of litigation . . . and at other times holding that the privilege has clearly been waived.  See In re Copper Mkt. Antitrust Litig., 200 F.R.D. 213 (S.D.N.Y. 2001); Calvin Klein Trademark Trust v. Wachner, 198 F.R.D. 53 (S.D.N.Y. 2000).  Some courts have held that the privilege only applies to very specific communications which clearly identify that the purpose was for obtaining legal and not just PR advice.  See Haugh v. Schroder Inv. Mgmt. N. Am. Inc., 2003 WL 21998674 (S.D.N.Y. Aug. 25, 2003).  And then comes the other nightmare—a crisis no lawyer wants to see—when the PR guy gets deposed and is forced to tell all.  You know that’s going to make headlines.

Bottom line, attorneys can no longer sit on the sidelines when it comes to crisis communications.

Bottom line, attorneys can no longer sit on the sidelines when it comes to crisis communications.  As a former news reporter, I’ve seen my share of crises.  And, unfortunately, I’ve seen plenty of attorneys who say the wrong thing, say too much, think only of their litigation strategy rather than public opinion or their client’s goals beyond litigation.  More often, I’ve seen lawyers who were bulldogs in the courtroom but go through great lengths to avoid any comment, often leaving their clients misunderstood and ill-represented.

In an era when a crisis can be sparked by a single tweet, it’s important for the attorney to take the lead role as the crisis communicator.  Not only is this the best result for your client and frankly, part of your role as advisor, but it’s important for protection of attorney-client privilege. 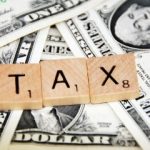 You Protested, but did you PAY?Blog, Taxation 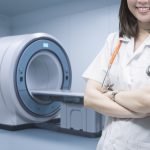