You Can’t Stay If You Don’t Pay!

Forcible Entry and Detainer Actions Against Commercial Tenants in Tennessee

So you have a commercial tenant who signed all of the necessary lease documents, put up its signs, and settled into your space. All looks promising and rent payments are arriving right on time. Perhaps a few months or years go by and suddenly the first of the month passes without payment. You send a notice of default or two, but the tenant’s ledger only gets redder. If it is time to get rid of this tenant, what do you do next? What is the process?

The following is a general overview of the forcible entry and detainer statutes for commercial landlord/tenant disputes in Tennessee or, as they might be called, the “you can’t stay if you don’t pay” statutes.

Litigation in the General Sessions Court

The Tennessee general sessions courts have unlimited original jurisdiction for cases of forcible entry and detainer where a landlord is suing to regain possession of real property from a tenant. Tenn. Code Ann. §§ 16-15-501(d)(1), 29-18-107. (Note that there is a procedure whereby the tenant may seek to remove an action filed in the general sessions court to the circuit court, if the action is particularly complex or the defense would be expensive to present. Tenn. Code Ann. § 16-15-732.)

General sessions courts in Tennessee typically handle small claims and are designed to resolve cases in a quick and informal manner. A forcible entry and detainer action is commenced in the general sessions court by filing a simple, one-page form called a detainer warrant. Tenn. Code Ann. § 29-18-112. The detainer warrant is served on the tenant by serving any adult person found in possession of the premises or by service through the sheriff’s office. Tenn. Code Ann. § 29-18-115. Service of process must be made at least six days before trial. Tenn. Code Ann. § 29-18-117. However, the local rules for the Davidson County General Sessions Court allow the court to liberally grant requests for continuances on a first setting (Local Rule 5.01).

Because of the informal nature of general sessions courts, the trial of a detainer warrant action at the general sessions level usually lasts a short duration. Each side typically makes a short opening statement and then witnesses are called. At the conclusion of the evidence, the parties may make a closing statement and then the judge will decide the case. If the landlord prevails, it may be granted a judgment for possession of the premises and monetary damages, interest, and attorney’s fees, if applicable and allowed by the lease. Tenn. Code Ann. § 29-18-125.

An appeal of the judgment is discussed in detail below. If no appeal is taken, the landlord is free to execute on the judgment. The judgment for possession by the court may be effected by a writ of possession, which will be enforced by the sheriff. Tenn. Code Ann. §§ 26-1-101, 29-15-114. Usually, the sheriff will contact counsel for the landlord and arrange a time to meet at the premises. The sheriff will request the tenant to vacate and allow the landlord to change the locks. Regarding the tenant’s personal property, Tenn. Code Ann. § 29-18-127 was recently amended to set forth the procedure. It provides that after removal of the tenant, the landlord may place the tenant’s personal property on the premises at a reasonable distance from any roadway and clear of the entrance to the premises, at which time the tenant has 48 hours to remove the property before it may be discarded by the landlord.

Appeal of the Judgment to the Circuit Court

If the case is appealed, it proceeds in circuit court. Under the local rules for Davidson County Circuit Court, the case must be set for trial (not actually tried, just set) within 45 days after being received from general sessions. The circuit court is not constrained simply to review the lower court’s decision; rather it may provide the parties an entirely new trial as if no other trial had occurred and as if the case had originated in the circuit court. Tenn. Code Ann. § 16-15-729; see B & G Constr. v. Polk, 37 S.W.3d 462, 465 (Tenn. Ct. App. 2000) (“Cases appealed from the general sessions court to the circuit court pursuant to Tenn. Code Ann. § 16-15-729 should be treated for all purposes as if they originated in the circuit court.”). The parties may amend their pleadings to seek greater or different damages than sought at the general sessions level, and the parties may engage in discovery. Tenn. Code Ann. § 16-15-729; Ware v. Meharry Medical College, 898 S.W.2d 181, 185 (Tenn. 1995).

So next time your relationship with a commercial tenant turns sour over non-payment of rent and expenses, remember that there is a process under which you can regain possession of your space. Hopefully, you can then sign a new tenant who both stays – and pays. 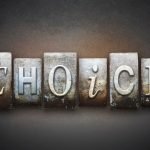 Is Your Choice-of-Law Clause Enforceable in Tennessee?Blog, Litigation and Dispute Resolution 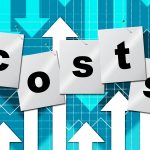 From Cost-Containment to Profit-CenterBlog, Litigation and Dispute Resolution