COVID-19 and Bankruptcy: Changes from the CARES Act

On March 27, 2020, the CARES Act (Coronovirus Aid, Relief, and Economic Security Act) became law.  The Act provides nearly $2 trillion in stimulus in an attempt to get the country through the economic shutdown caused by the coronavirus. 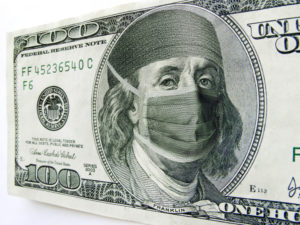 Included in the CARES Act is a significant provision that will make bankruptcy a much more attractive option to business owners.  The CARES Act increases the debt limit for an attractive form of small business bankruptcy from $2.7 million to $7.5 million.  Specifically, in February 2020 the Small Business Reorganization Act went into effect.  The goal of the SBRA was to make Chapter 11 bankruptcy more attractive to small businesses.  The SBRA contained a number of significant changes from regular Chapter 11.  The most important was elimination of what is known as the “absolute priority rule.”  That rule typically did not allow a business owner to retain control/ownership of the business unless all creditors were paid in full, which was impossible in most bankruptcies.

That has changed with the CARES Act, with it more than tripling the debt limit.  For small business owners, a bankruptcy reorganization is now far more attractive.  Importantly, the Act’s expanded eligibility expires in a year; so (unless the period is extended) that time period will be critical.  For creditors, they will need to be mindful of the remaining opportunities to argue for fair treatment in bankruptcy court.

With the CARES Act for small business owner  a bankruptcy reorganization is now far more attractive.  The Act’s expanded eligibility expires in a year; so (unless the period is extended) that time period will be critical.  For creditors, they will need to be mindful of the remaining opportunities to argue for fair treatment in bankruptcy court.

The CARES Act also includes expanded small business loan procedures that are intended to lessen the need for bankruptcy protection.  These loans are available to businesses with less than 500 employees, and the favorable terms include loan amount tied to the payroll amount as opposed to an analysis of ability to repay, maximum interest rate of 4%, and credits against the loan amount for payments to payroll.  Key provisions include:

Mike Abelow is a business lawyer concentrating in the area of Bankruptcy & Creditors’ Rights.

Photo by  Ricardo Reitmeyer from Shutterstock 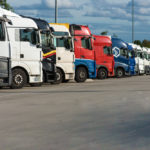 COVID-19 and Sellers of Goods: A Possible DefenseCOVID-19, Blog 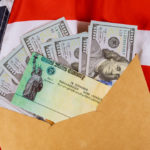