Leveraging both her well-honed advocacy skills and her extensive media background, Amy Rao Mohan develops effective approaches to protect her clients’ interests and reputations inside and outside of the courtroom. Founder and leader of the firm’s crisis management/media relations practice group, Amy represents individuals and businesses in civil litigation and criminal cases and assists clients with media training and press strategies.

Focused on developing practical solutions to achieve positive outcomes and minimize any financial and reputational damage to her clients, Amy has substantial experience handling business litigation, health care liability actions, defamation and media law cases, and appellate litigation. Passionate about trial advocacy, Amy has tried several complex multi-week jury trials during her career. She takes pride in her ability to connect with clients, ease their minds during a crisis, and provide them with a clear path forward.

A graduate of Northwestern University’s Medill School of Journalism, Amy worked as a television reporter and anchor for nearly eight years, most recently at WTVF NewsChannel 5 in Nashville, before attending law school. During that time, she received several awards, including two Emmy awards for her coverage of the 2004 Asian tsunami. After she began her legal career, Amy hosted “Ask the Attorney,” a live monthly call-in show on NewsChannel 5/Cable Channel 50, for several years. Amy currently teaches Communications Law at Belmont University as an adjunct professor and devotes considerable time to pro-bono work, primarily representing inmates on Tennessee’s death row.

Amy earned her J.D. from the University of Tennessee College of Law, where she was a member of the Order of the Coif. In law school, she served on the National Moot Court Team, which placed second in the nation in 2010, chaired the Moot Court Board, and served as a staff editor for the Tennessee Journal of Law and Policy. She received a certificate of academic excellence in several subjects, including Pretrial Litigation, Evidence, Trial Practice, and Federal Courts. She also interned at the Tennessee Supreme Court.

Prior to joining Sherrard Roe Voigt & Harbison, Amy served as a law clerk to the Honorable Gilbert S. Merritt, U.S. Court of Appeals for the Sixth Circuit. When not serving her clients, Amy enjoys spending time with her two boys exploring Middle Tennessee’s soccer fields. 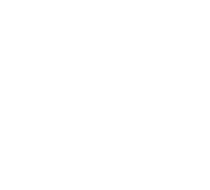 Speaking to the Press without the Protection of Privilege

I’m always one to advocate for talking with the media so long as it is in your client’s best interest and within ethical guidelines. Of course, it is not always possible and not always advisable. [...]

I was reminded this week of the importance of messaging and getting your story out there if you want to change the narrative. I recently caught up with a friend who spent years as a criminal [...]

Are You Creating News?

Sometimes upset clients will call me because they know a story is going to air or an article will be published about them or their company. And I get the fairly straightforward legal question: [...]

What’s Love Got to Do With It?

With Valentine’s Day upon us, it seems appropriate to talk about the touchy-feely, lovey-dovey part of crisis management. From my experience, with any crisis comes a lot of emotion—panic, anger, [...]