Thinking Inside the Box: Six Lessons on Drafting and Litigating Contracts After IHS v. BCBS

In January 2019, the Tennessee Supreme Court issued a landmark decision on interpreting contracts:  Individual Healthcare Specialists, Inc. v. BlueCross BlueShield of Tennessee, Inc., 2019 WL 256716 (Tenn. 2019).  The 54-page opinion has major implications for how contracts should be drafted and litigated in Tennessee for years to come. Whether you are a business who enters into contracts, a transactional attorney who drafts contracts, or a litigator who argues about what contracts mean, there is much to learn from the IHS case.

Background.  IHS is an insurance agency.  For more than 15 years, it sold insurance policies for BlueCross and, in return, was paid commissions on the sales.  The commission rates were listed on schedules attached to agency agreements.  The schedules stated that BlueCross “reserve[d] the right to modify or change the commission and payment schedules with appropriate notification.”  Over the years, BlueCross modified commission rates from time to time, but only for new policies; the modified schedules would always state that old policies (for which IHS earned commissions on renewals) were subject to the rates in effect when those policies were issued.

Whether you are a business who enters into contracts, a transactional attorney who drafts contracts, or a litigator who argues about what contracts mean, there is much to learn from the IHS case.

On appeal, the intermediate appellate court affirmed.  Although the intermediate appellate court declined to consider the CEO’s testimony, it relied heavily on BlueCross’s conduct after entering into the contract—in particular, the fact that during the first 11 years of the parties’ relationship, BlueCross had never modified commissions for old policies.

The IHS Opinion.  BlueCross appealed to the Tennessee Supreme Court, which reversed.  The opinion begins with a thorough discussion of the history of contract law in Tennessee and around the country.  There has long been a tension, the Court explained, between “textual” and “contextual” approaches in interpreting contracts.  While the textual approach focuses on the contract’s four corners and the plain meaning of its words, the contextual approach looks past the writing to the parties’ circumstances.  In Tennessee, the Court explained, courts have balanced both approaches, but “written words” are the “lodestar” of contract interpretation.

Next, the Court discussed two rules of contract interpretation:  the parol evidence rule and the rule of practical construction.  Under the parol evidence rule, the Court explained, courts cannot rely on oral or written evidence of pre-contract negotiations to contradict the contract’s written terms.  In addition, when the contract is “fully integrated” (meaning the parties intended it to be the complete expression of their agreement), courts cannot even use such evidence to vary or supplement its written terms.  By contrast, under the rule of practical construction, courts can look to the parties’ conduct after they entered into the contract as evidence of what they must have thought the contract meant all along.

Applying these rules, the Court held that BlueCross had the right to modify the commission rates for old policies.  The schedules to the agency agreement gave BlueCross “the right to modify or change the commission and payment schedules,” with no limiting language.  The testimony of IHS’s CEO to the contrary, the Court explained, was barred by the parol evidence rule.  And although BlueCross’s conduct after entering into the contract was relevant under the rule of practical construction, that conduct was ambiguous.  Although BlueCross had only modified rates on new policies for 11 years, that did not mean BlueCross lacked the right to modify rates on old policies; it just had not yet exercised that right.  The Court acknowledged that this result was “harsh” but explained that courts cannot make new contracts for the parties.

The opinion then addressed another issue:  whether the contract’s indemnification clause allowed the prevailing party in the lawsuit to recover its legal fees.  The contract contained a standard indemnification clause, which provided that BlueCross “agree[d] to indemnify and hold [IHS] . . . harmless from any and all  . . . lawsuits . . . including but not limited to attorneys’ fees and court costs, resulting from . . . any action or lack of action by [BlueCross] associated with this agreement.”  Based on this clause, the trial court had ordered BlueCross to pay IHS’s legal fees.  The Supreme Court reversed that ruling as well.  The Court walked through the long line of Tennessee cases holding that indemnification clauses allow a party to recover its legal fees only for disputes with third parties, not between the parties themselves.  Applying the parol evidence rule, the Court declined to consider the trial testimony that the parties intended that this particular indemnification clause cover lawsuits between the parties.

Read the fine print! Now more than ever, businesspeople must read and understand all the terms in their contracts.

Lessons.  The IHS opinion is one of the Supreme Court’s most extensive discussions of contract law in decades.  Although it remains to be seen how lower courts will apply this precedent, here are six potential lessons for businesspeople and lawyers:

1.     Read the fine print!  Now more than ever, businesspeople must read and understand all the terms in their contracts.  If possible, use a skilled transactional attorney to ensure the contract actually says precisely what you think it says, and nothing more or less.  Although the IHS opinion proclaims a “balanced” approach that considers the parties’ “circumstances” as well as the text, the reality is that the Court’s analysis ended at the contract’s plain language, however harsh, and without regard to how the parties operated for more than ten years.  Draft a good contract, because you may be stuck with it.  Don’t rely on the other side’s description of what they think the contract means; even your sworn testimony about those conversations may not save you.

2.     It will be harder to use proof of pre-contract evidence. If strictly applied, the IHS case could severely restrict the type of pre-contract evidence that can be used to show what the parties intended.  When discussing the indemnification clause, the Court declined to consider proof of the parties’ pre-contract understanding—despite the fact that the clause itself was ambiguous.  The clause said only that BlueCross would indemnify IHS for legal fees for “lawsuits” resulting from BlueCross’s conduct; it did not say for “lawsuits by third parties” or “lawsuits between the parties.”  Under the parol evidence rule, evidence of pre-contract understanding can typically be used to interpret ambiguous language.  The contract here was ambiguous on this point, yet the Court declined to consider the evidence.  Although the Court may have done so because of the long line of background case law regarding indemnification clauses, the opinion could also be read to bar this sort of evidence even where a contract is ambiguous.  Whether pre-contract evidence is being used to “interpret” an ambiguous provisions (which is permissible) versus to “supplement” the contract’s terms (which is not) is often in the eye of the beholder.

3.     Along these lines, it is now unclear how courts should treat evidence from contract negotiations. During negotiations, parties often agree to strike a term from a contract.  Or a party may ask that a term be added but is rebuffed and enters into the contract anyways.  This evidence is often undisputed in the form of redlines and email traffic, and it can be highly probative.  After all, if a party asks for a term to be added, the party must have believed the term wasn’t already part of the deal.  Tennessee courts have considered this evidence in the past, such as in Richland Country Club, Inc. v. CRC Equities, Inc., 832 S.W.2d 554 (Tenn. Ct. App. 1991).  In the wake of the IHS case, however, courts may decline to consider this sort of evidence.

4.     Timing matters. Although the IHS case limits the use of the parties’ pre-contract conduct to interpret a contract, it endorses the rule of practical construction, which looks to the parties’ post-contract conduct. In other words, when building your case for what the parties to the contract intended, it is better to use the parties’ actions and statements from after they entered into the contract than before they entered into the contract.  But even with regard to post-contract conduct, you must explain how that conduct is not equally consistent with the other side’s argument.  In the IHS case, the Court held that although BlueCross hadn’t modified commission rates on old policies for 11 years, that didn’t mean it could never do so.

5.     Trials will become less important for contract cases. With the Tennessee Supreme Court proclaiming that the contract’s text is the lodestar, more contract cases will be resolved on summary judgment or Rule 12 motions. Interpreting the text in contracts is a question of law for judges, and the IHS opinion limits the extrinsic evidence that, in the past, may have warranted a trial.  Unless a key term is truly ambiguous and the parties have offered competing plausible evidence consistent with that term, it is hard to envision the need for trials in contract disputes.  Indeed, one reading of the IHS opinion is that BlueCross should have been awarded summary judgment such that no trial was necessary.  If true, this result may reduce the legal fees spent on trials, but it makes motion practice all the more important and (perhaps) expensive.

6.     When contract disputes arise, use the following formula to decipher the contract’s meaning: plain language (always start here) + proof of circumstances (to explain who the parties are, why they are contracting, etc.) + any background legal rules (e.g., indemnity provisions apply only to third parties) + unambiguous post-contract evidence (rule of practical construction) + pre-contract evidence (but beware that you cannot contradict the written terms or, if fully integrated, even supplement those terms). Although the IHS opinion does not discuss canons of construction, those are well-established in Tennessee law and should be considered as well.  As contract litigators, it is crucially important to think “inside the box.”  Start with the text, use canons of construction, and tactfully resort to extrinsic evidence when necessary to paint the full picture. 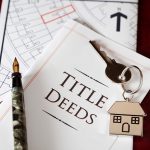 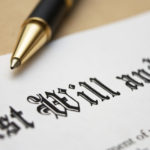 Your Loved One Dies. You’re in Charge of Settling Their Estate. What Happens Next?Blog, Trusts and Estates