As M&A activity has gradually returned to pre-recession levels, the oft asked question, “What is Market?” has also returned.  In general, the question is asked in the context of considering and reaching agreement on primary deal terms – everything from the earnings multiple that drives the purchase price to the length, scope and limits on indemnities.  In concept, the “market” is intended to frame the starting point of negotiations and create a path to resolution on certain issues.

In concept, the “market” is intended to frame the starting point of negotiations and create a path to resolution on certain issues.

On its face it seems like a reasonable question for reasonable people.  After all, it is reasonable to expect that compromise would drive people in similar circumstances to similar results. But what are “similar circumstances”?  Are any two deals really alike?  Moreover, does a true “market” really exist?  Are M&A deals so unlike the commodities and consumables that we all buy and sell every day that the “M&A market” is really a fictional universe?  Like everything else in the legal world, the answer is nuanced, but it is fair to say that, while there are some basic norms (or customary alternatives) to follow in nearly every M&A transaction (e.g., the structuring of purchase price payments, the types of representations and warranties provided by the parties, who stands behind the obligations of the purchase agreement, etc.), it is too simple, and perhaps naive and arbitrary, to simply turn to the “market” to find an answer.

Simply put, a market is the actual or nominal place in which commercial activity exists.  Many investment banking firms, industry experts, trade associations and professional organizations (including the American Bar Association) periodically collect and report M&A “market” information, providing statistics and other data on various transactions.  These reports are useful but, as with many sources of information, should be taken with a grain of salt.  For example, since the terms of the majority of deals are kept confidential, published reports necessarily rely only on publicly available information or selectively disclosed private data.  Additionally, such reports are often limited to the universe of information that is most relevant to the publisher’s core work and/or constituency.

Although those and other factors result in incomplete and skewed data, many business executives and their professional advisors conveniently assume that such reports are representative of the entire universe of deal activity.  But, that simply is not correct – individual M&A transactions differ from one another in countless ways, including as a result of their size  (small, mid, and large market deals), the parties (financial or strategic buyers and sellers), the type of consideration (cash, equity, or a mix), the risk and liability profile of the target business, and the competitive nature of the deal process.  So, while one can theoretically find examples of comparable deals, in practicality one can never find a true “market” for comparable deals (or any reliable data for such a market).  Buying a company is not like buying a car, as one cannot compare dealer to dealer, nor is it like buying a house, where market comparables abound.

Having said all of this, the fact is that perception is usually taken as the truth. Further, in many cases the “market” answer may support a position a party wants to take.  In such instances, referring to the market may be a practical and useful tool in negotiating a transaction and, if the party with the most leverage in the transaction wants to cleave to publicly available market information, the party with less leverage must often follow along.  All parties and their attorneys and advisers, however, should realize what the “market” is and, more importantly, what it is not.

So, what do you do when a business client or opposing counsel argues that something is or is not “market”? The answer is that the market is simply a data point and a tool, not a crutch – something to be considered perhaps, but not something to rely upon. 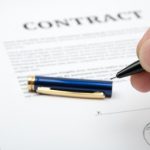 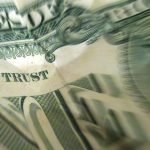