Government Asks Supreme Court to Weigh in on the Knowledge Element of the False Claims Act: Does Evidence of Subjective Intent Matter in All Cases?

By Chris Sabis
Posted December 8, 2022
In Blog, Government Compliance & Investigations
Government Asks Supreme Court to Weigh in on the Knowledge Element of the False Claims Act: Does Evidence of Subjective Intent Matter in All Cases?2022-12-082022-12-08/wp-content/uploads/2018/03/srvh_color.pngSRVH Lawhttps://srvhlaw.com/wp-content/uploads/2022/12/blog_sabis_government-asks-supreme-court-scaled.jpeg200px200px
0
0

The United States has asked the Supreme Court to decide whether the subjective belief of a party accused of submitting a false claim for payment to the Government is sufficient to support a violation when the accused party can articulate a reasonable, if incorrect, interpretation of the governing law. Should the Court accept the Government’s invitation to weigh in, the case could result in the most important False Claims Act (FCA) decision since Universal Health Servs. v. United States ex rel. Escobar. 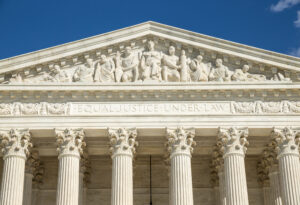 The request came in a Government amicus brief filed on December 6, 2022, in United States ex rel. Schutte, et al. v. SuperValu Inc., et al. In that case, the relators filed a petition for a writ of certiorari asking the Supreme Court to review the 7th Circuit’s holding that if an FCA defendant can articulate an “objectively reasonable understanding” of the applicable law that is not contradicted by authoritative guidance, then the defendant cannot be held liable for an FCA violation. In SuperValu, the 7th Circuit applied the objective reasonableness test articulated by the Supreme Court in the Fair Credit Reporting Act case Safeco Insurance Company of America v. Burr, to the FCA. It held that a reasonable interpretation of the applicable law was determinative regardless of whether the FCA defendant believed that interpretation at the time of the alleged false claims. The majority reached this conclusion over a vigorous dissent, which argued that an FCA defendant’s “subjective bad faith [was] central to fraudulent scienter.”

Interpreting the knowledge requirement in the FCA is obviously critical to the breadth of activity subject to its provisions. The lack of a divisive circuit split may cause the Court to postpone consideration of this issue, but the United States’ desire to see it addressed makes it likely that the Justices will eventually weigh in. A Supreme Court decision on applying the objective reasonableness standard to the FCA could significantly impact how FCA defense attorneys defend against fraud allegations and how the Department of Justice chooses FCA cases to prosecute in the first place. 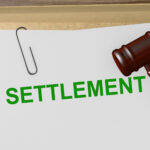 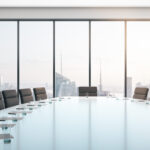 Issuance of Corporate Transparency Act’s Final Rule Starts Compliance Clock Ticking for 32 Million Businesses. Here’s How to Find Out if Your Company Is One of Them.Blog, Corporate