Is Your Choice-of-Law Clause Enforceable in Tennessee?

You’re involved in a dispute in a Tennessee court that transcends state boundaries.  For example, one party is located in New York, another in Tennessee, another in Georgia.  You researched each state’s laws. You win under Georgia law and lose under New York law.  You’ve got one problem:  the contract says the court must apply New York law.  Is all hope lost?

You’ve got one problem:  the contract says the court must apply New York law.  Is all hope lost?

The first three requirements address the same essential issue:  Did one of the parties insert the choice-of-law clause to avoid its obligations or impose an unfair burden on the other party?  For example, it would be inequitable for a contract to select a wholly unrelated state’s law simply because one party knows that law is unusually favorable.  This should rarely be in play.

The plaintiffs tried to avoid the application of Missouri law under the fourth prong.  They argued that North Carolina has a great interest in regulating insurance and excluding coverage was contrary to this fundamental policy.  The court nonetheless applied Missouri law.  Its decision seemed to rest on two facts.  First, the car was usually operated in Missouri, not North Carolina, so Missouri was the site of the insurance risk.  Second, the insurer had not inserted Missouri law to take advantage of unequal bargaining power; to the contrary, the insured had the option of either a Missouri policy or a North Carolina policy, and chose the former.

The court in Williams also relied on a North Carolina case holding that courts in that state, when faced with the similar decision, will not decline to apply chosen foreign law unless it is “violates some prevalent conception of good morals or fundamental principle of natural justice.”  Insurance coverage did not sufficiently invoke issues of morality to meet the test.

We can draw several lessons from Williams: 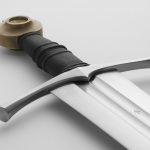 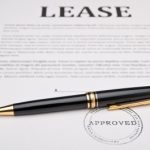 You Can’t Stay If You Don’t Pay!Blog, Litigation and Dispute Resolution