New FCA Settlement: A Tennessee Link & a Warning for Government Contractors & DBEs at the Intersection of Healthcare & Procurement Fraud

While COVID-19 has most of us working remotely and searching for normalcy, the Department of Justice’s (DOJ) civil fraud enforcement efforts continue unabated. On April 6, DOJ announced a $6.5 million False Claims Act (FCA) settlement with MiMedx Group, Inc. The case demonstrates the importance of compliance for government contractors and the risks that disadvantaged business enterprises (DBEs) face from enforcement agencies, other contractors, and sometimes both.

MiMedx manufactures human tissue grafts. According to DOJ, MiMedx knowingly submitted false statements to the Department of Veterans Affairs (VA) regarding its commercial pricing practices, enabling it to charge the VA inflated prices. Specifically, the whistleblowers alleged that MiMedx violated the Federal Acquisition Regulations (FAR) by, inter alia, falsely telling the VA that it sold one of its skin graft disks to commercial customers at a certain price despite never having sold that disk to commercial buyers at all. Allegedly, MiMedx sold two other disks, one slightly smaller and one slightly larger, to commercial customers at significantly lower prices. The whistleblowers claimed that MiMedx did not disclose this information to the VA while charging them a substantially higher price on the mid-sized disk.[1]

The case is a reminder of the importance of compliance with the FAR and its “most favored customer” provisions. It is also a reminder of the potential value in self-disclosing violations in a timely manner. Before the government informed MiMedx of its investigation, “MiMedx made a disclosure to the VA Office of Inspector General regarding its commercial sales practices. In the settlement, the United States acknowledged MiMedx’s cooperation.” 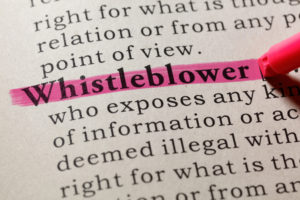 Beyond that, the underlying facts preach caution to small businesses working with the government and with larger contractors dealing with the government. The whistleblowers alleged that MiMedx had a long-standing relationship with AvKARE, Inc., a service-disabled veteran business enterprise (SDVBE) in Pulaski, Tennessee. Allegedly, the companies had an agreement through which AvKARE distributed MiMedx products to the VA before MiMedx secured its own government contract. The whistleblowers questioned whether AvKARE did any work under this arrangement, or operated merely as a cover entity.[2] The whistleblowers also acknowledged not knowing whether AvKARE was “complicit in MiMedx’s fraud or whether AvKARE relied on MiMedx to provide it with truthful, accurate and complete pricing information . . . .”[3]

In February, I wrote about FCA and compliance issues concerning S/M/W/SDV Businesses Enterprises. The MiMedx settlement is another example of these risks. While AvKARE was not included in the settlement, it may have incurred significant costs during government’s investigation. Regardless of what AvKARE knew about MiMedx’s pricing practices, its inclusion in the qui tam complaint shows how important it is for small businesses to engage an experienced government procurement fraud and investigations attorney to protect their interests vis-à-vis the government and larger contractors with whom they do business.

SRVH can assist clients in these matters. Subscribe to the SRVH blog for further updates and contact the lawyers in our Government Compliance & Investigations or Healthcare groups with any questions or concerns.

Chris Sabis is a healthcare and procurement fraud lawyer specializing in government compliance and investigations.

Photo By Feng Yu from Shutterstock 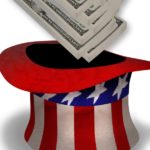 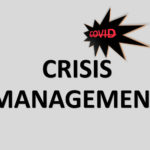 Back to Basics: Crisis Management Strategy during COVID-19COVID-19, Blog