In Game 6 of the 1970 NBA Finals, Willis Reed tore his thigh muscle.  No one thought he would play in Game 7.  As usual, people bought tickets and placed bets.  Then, moments before the game began, Reed strolled out of the locker room and into the arena to cheering fans, and he led his New York Knicks to a championship over the L.A. Lakers.

In the days after the game, Lakers fans and gamblers filed class-action lawsuits against the Knicks, their coach, Madison Square Garden, the television and radio networks that broadcasted the game, and of course Willis Reed himself.  Their argument:  they would not have watched, bought tickets to, or wagered on the game if they had known Reed would play injured.  These people must have known Reed was going to play, and they covered it up, defrauding and injuring consumers.

Yet to my knowledge at least, no one sued Reed, Jordan, or Rivers after their surprise performances for alleged fraud.

The first part of that story is true; the last part is not.  The Willis Reed story is known as one of the gutsiest performances in the history of sports, along with Michael Jordan’s famous “flu game” (which Jordan won) or Phillip Rivers playing with a torn ACL in the 2008 AFC Championship game (which Rivers lost).  Yet to my knowledge at least, no one sued Reed, Jordan, or Rivers after their surprise performances for alleged fraud.

Manny Pacquiao wishes he could say the same.  After his highly-touted boxing match against Floyd Mayweather, it was revealed that Pacquiao had injured his shoulder 2½ weeks before the fight.  He fought injured and, as it turns out, ended up losing (as expected by Vegas).  Some people were disappointed that Pacquiao was not sufficiently aggressive, and therefore not sufficiently entertaining—and the blame for this disappointment was directed at his injury.  Some said that if he had disclosed the injury, the fight may have been cancelled.  At the very least, gamblers and consumers would have known what they were buying.

The complaints are varied.  Some seek to create a class action of all people who paid for tickets to the event or pay per view.  They name Pacquiao and his camp, Mayweather and his camp (because he had a “mole” in the Pacquiao camp), promotors, and even HBO and Showtime (which broadcasted the fight).  The suits have been filed by everyone from solo attorneys to sophisticated class counsel.  They emphasize the hype surrounding the fight and that Pacquiao checked “no” on  this pre-fight questionnaire about whether he had a shoulder injury.

That’s all well and good, but is it illegal—should Pacquiao and others be liable?  The complaints assert the following four counts:  unjust enrichment, fraudulent concealment, violation of state consumer-protection laws, and fraud.  Let’s take these one by one.

Usually, you can rely on unjust enrichment only if the facts surrounding the claim are not the subject of a valid contract.  Here, the plaintiffs’ claims relate to their contracts—whether for pay per view or buying a ticket (all simple contracts, money in exchange for the right to watch the match).  The unjust enrichment claims should not have legs.

To prevail on a claim for fraudulent concealment, you generally must show that the defendant failed to disclose facts that are basic to the transaction to a person who entered into a transaction and was thereby harmed.  The plaintiffs allege that the defendants failed to disclose Pacquiao’s shoulder injury, they spent money expecting a healthy Pacquiao, and were harmed.

…if Pacquiao and others here are liable for not disclosing the shoulder injury, the precedential impact would be enormous.

There are several problems here.  First and foremost, if Pacquiao and others here are liable for not disclosing the shoulder injury, the precedential impact would be enormous. Athletes play sick or injured all the time, or they choose not to play at the last minute.  Must all teams disclose the health of all athletes at all times?  This impacts ticket sales and gambling lines.  And once you open the floodgates of nondisclosure liability, what about strategy—the team’s game-plan, or a new offense or defense?  A surprise strategy can make a huge difference in winning or losing, or a fan’s enjoyment of the game.  What about new equipment, like baseball bats or golf balls?  Or surreptitiously changing the air pressure of footballs?  It is hard to believe that a court sensitive to the precedential impact would take the first step with Pacquiao.

Of course, you could argue that Pacquiao is different because he plays an individual sport, not a team sport.  His health has a disproportionately large impact on the match.  But that would sweep tennis, golf, and other sports within the scope of our rule.  And aren’t certain individual players in team sports (quarterbacks, LeBron James) just as important, or at least nearly as important?  Or, you could argue, this case is different because if the injury had been disclosed, the fight would have been cancelled.  If true, this could conceivably alter the analysis—though cancellation would have also resulted in millions of angry (and litigious?) fans.  What is really unique about the Pacquiao case may be the amount at stake—the fighters grossed approximately $300 million combined—but that isn’t a principled reason to create liability.

That’s just the beginning of the problems with a nondisclosure theory.  Even if the plaintiffs clear that hurdle, they must show causation and damages—in other words, that they would not have bought tickets or pay per view if they knew Pacquiao was injured.  If the fight would have been cancelled and money refunded, that helps their cause.  But if not, would they really not have bought pay per view just because Pacquiao checked the “yes” box for shoulder injury?  And even if they can prove causation, what are their damages?  Did they get only $75 worth of entertainment for their $100?  Damages generally must be proved with reasonable certainty.  Imagine an expert witness testifying that this fight was only 75% as entertaining as usual—and how do you compare a long, slower fight to the disappointment (or thrill) of a first-round knockout?

As for state consumer-protection laws, those vary from state to state, but boil down to the idea that Pacquiao deceived viewers by not disclosing the injury.  This claim suffers from the same defects as fraudulent concealment:  Where do you draw the line?  What are your damages?

That leaves the fraud claim.  To prevail, you generally must show that the defendant intentionally misrepresented a material fact and thereby caused an injury.  If the allegations are true, Pacquiao didn’t just fail to disclose his injury—he affirmatively represented to boxing authorities that he was not injured.  This type of affirmative false statement about health doesn’t happen often in sports.  As a result, the fraud claim may be the best way for a court to allow the plaintiffs to prevail yet limit the precedential impact of a ruling against Pacquiao.

As a result, the fraud claim may be the best way for a court to allow the plaintiffs to prevail yet limit the precedential impact of a ruling against Pacquiao.

If nondisclosure alone isn’t enough, future athletes and teams asked about health and strategy could do what securities lawyers advise their corporate clients to say—no comment.  However, it’s not over yet.  The Pacquiao plaintiffs must still show causation and damages, which may be difficult for the same reasons discussed above.

In sum, the Pacquiao lawsuits have their challenges, not least of which is convincing a court to open the floodgates for sports nondisclosure litigation.  It is too soon to tell what impact these lawsuits may have, if any, but we know this:  we’re not in 1970 anymore. 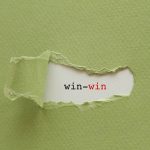 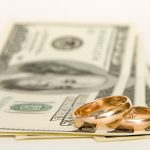 A Little-known, but Big, Change in the Rules on Assets Held by SpousesBlog, Corporate, Litigation and Dispute Resolution, Trusts and Estates