You Protested, but did you PAY?

Can you challenge taxes in Tennessee without paying them?  No.

The Tennessee Court of Appeals recently reconfirmed that, in most every instance in Tennessee, a taxpayer must pay the tax that is contested in order to continue with the contest.

In Tennessee, a taxpayer, whether corporate or individual, and regardless of which state or local tax is being challenged, must “pay to play.”

In some states, a taxpayer may challenge a disputed tax all the way through appeal, and only pay the tax after losing and exhausting all appeals.  Tennessee is not one of those states. In Tennessee, a taxpayer, whether corporate or individual, and regardless of which state or local tax is being challenged, must “pay to play.”  Tennessee’s law says that payment of taxes is a prerequisite to challenging the tax.

In the most recent case, Nashville Metro Government v. New Orleans Manor, Inc., et al., the taxpayer was named in a delinquent taxpayer lawsuit for unpaid property taxes associated with a property which the taxpayer had leased.  (Actually, for the taxpayer, the stars aligned in an unfavorable way, which in conjunction with the rights and rules related to an assessor’s ability to pursue unpaid property taxes, makes a convoluted story that is too much for this space.)  The taxpayer argued against having been included in the delinquent taxpayer lawsuit because of a release obtained from the lessor of the property which relieved the taxpayer from the obligation to pay taxes on the property.  The taxpayer also argued that the law in Tennessee requires payment of taxes as a prerequisite to challenge those taxes only in cases about “assessment, classification, valuation, or clerical errors.” Because the taxpayer’s supposed liability for the taxes was by virtue of having been a lessee, and because the taxpayer’s challenge was to that aspect of the liability, the taxpayer claimed that payment was not a prerequisite.

Not so, said the Court of Appeals.  The court ruled that regardless of why a challenge arise, if the dispute is over a tax liability, the tax must be paid before the case can go forward.

The case is worth remembering for two reasons. First, regardless how irritated about your tax bill you might be or how wrong you can prove it to be, pay it in order to assure yourself or your company the ability to challenge the tax. Second, be mindful about the nature of your dispute – you may think it’s a dispute over a contractual obligation, and you may be correct, but you’ll lose your chance to be heard if there are unpaid taxes in the underbrush.

Want to see how Tennessee ranks with other states on pay-to-play?  Click here  for the Council on State Taxation Scorecard. Want to read the case discussed above?  Click here for the Court of Appeals opinion. 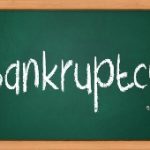 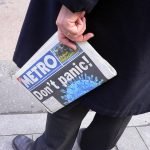 Why Attorneys Should Embrace Crisis CommunicationsBlog, Litigation and Dispute Resolution