COVID-19 and Sellers of Goods: A Possible Defense

In light of Governor Lee’s Executive Order 17, which limits business activity and gatherings across Tennessee, as well as Nashville Mayor Cooper’s Safer At Home Order, companies statewide are evaluating their contracts.  If these contracts involve the sale of goods, they are likely covered by Tennessee’s Uniform Commercial Code (UCC).

Companies with contracts governed by the UCC should be aware of the impossibility of performance rule found in Tenn. Code Ann. § 47-2-615.

Companies with contracts governed by the UCC should be aware of the impossibility of performance rule found in Tenn. Code Ann. § 47-2-615.  In short, sellers of goods may be able to invoke this rule not to deliver products due to COVID-19, so long as they seasonably notify buyers of non-delivery.  Such parties can take the position that the fallout from COVID-19 has made delivery impracticable, that COVID-19 was unforeseen, and that non-delivery is part of a good-faith attempt to comply with government orders and further public health.

Let’s break down the language of Tenn. Code Ann. § 47-2-615.  It provides that “[d]elay in delivery” or “non-delivery” is “not a breach” of the contract when performance “has been made impracticable” by either of the following situations: 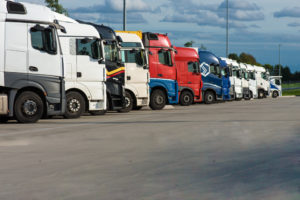 For the first bullet point, the seller can argue that the fallout from COVID-19 was entirely unexpected at the time of contracting—in other words, no one assumed that the world would look like this in March 2020.  For the second bullet point, the seller may be able to argue that it could not deliver due to compliance with a “safer at home” or other government order.  That will require applying the language of the order to the seller’s circumstances.

Even still, the seller must give “seasonable notice” of its decision to delay delivery or not to deliver the goods.  The case of Bunge Corp. v. Miller  illustrates how Tennessee courts have interpreted “seasonable notice.” There, the plaintiff ordered soybeans from a farmer who was unable to deliver them due to floods that destroyed his soybean crop in autumn. The court would not allow the farmer to assert the impossibility defense because the farmer did not alert the plaintiff about the destruction until the following February, which the court held was not seasonable notice.  This case highlights the importance of sellers notifying buyers as soon as possible when delivery of goods is not possible.

Ryan Holt is a business lawyer concentrating in the area of Business & Commercial Litigation. 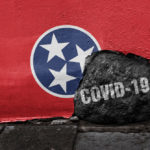 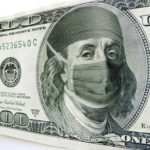 COVID-19 and Bankruptcy: Changes from the CARES ActCOVID-19, Blog