51 years. Under a law passed in 1995, that is the mandatory minimum sentence for those convicted of felony and premeditated murder in Tennessee. The law, the most draconian in the nation, gives judges no power or discretion to reduce that sentence based on mitigating circumstances. It applies to all defendants, including those convicted for crimes committed as juveniles. According to available data, it is the practical equivalent of a life sentence, as no inmate in Tennessee has lived to complete a prison term of that length. But in a major victory for juvenile justice advocates, the Tennessee Supreme Court found imposing such a sentence violates the Eighth Amendment’s prohibition against cruel and unusual punishment when applied to youths.

The decision in State of Tennessee v. Tyshon Booker came about in no small part because of the determined efforts of a broad coalition of advocacy groups, religious organizations, scientific experts, and others who filed amicus briefs with the court seeking to strike down the law as applied to juveniles. This includes the Juvenile Law Center, which retained SRVH attorneys Amy Mohan and Webb Campbell on a pro bono basis to prepare and submit an amicus brief on behalf of the Center. 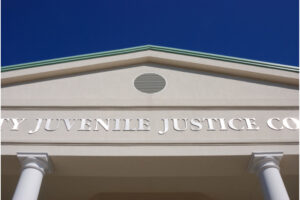 The case arose out of the 2018 conviction of Tyshon Booker for felony murder allegedly committed during a botched robbery when he was 16 years old. While every other state in the country allows judges to consider the unique psychological and developmental factors that distinguish juveniles from adults, under Tennessee’s sentencing law, the judge had no choice but to sentence Booker to a minimum of 51 years in prison. As noted, this meant that Booker would likely spend the rest of his life behind bars for a crime he allegedly committed as a youth.

Based on U.S. Supreme Court precedent, advocates argued that Tennessee’s mandatory sentencing law was unconstitutional for juvenile defendants. Since 2005, the Court has consistently held that judges and the law should treat juveniles differently in criminal cases due to developments in psychology and brain science that show significant, fundamental differences between juvenile and adult minds.

In the 2016 case of Montgomery v. Louisiana, the Court reaffirmed that mandatory life-without-parole sentences for juveniles violated the Eighth Amendment’s ban on cruel and unusual punishment. Accordingly, the effective life sentence imposed on Booker was unconstitutional, Booker’s attorneys and advocates argued.

The Tennessee Supreme Court agreed. While it did not create a new sentencing scheme or resentence Booker, the court granted him an individualized parole hearing between 25 and 36 years into his sentence where his age and other circumstances will be properly considered. This gives Booker a chance to get out of prison before he turns 45 years old.

This decision brings Tennessee in line with most other states regarding juvenile sentencing. SRVH is proud to have played a role in this important case as part of our broader pro bono efforts in which our attorneys contribute their time, effort, and talents to promote justice and serve underrepresented individuals and groups. 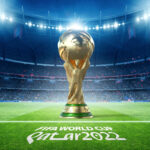 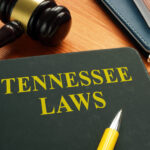