Breach Under HIPAA May Have Occurred: Am I Required to Notify?

As you may know, the Health Insurance Portability and Accountability Act of 1996 (“HIPAA”) imposes standards for the use and

disclosure of protected health information (“PHI”) through its privacy rule (“Privacy Rule”) and imposes standards for the protection of electronic PHI through its security rule (“Security Rule”). As of September 2009, entities covered by HIPAA, including health plans and health care providers (“covered entities”), must notify individuals when their “unsecured” PHI (PHI that is unencrypted) has been breached.

A breach exists if there is an acquisition, access, use, or disclosure of PHI in a manner not permitted by the Privacy Rule, and such action compromises the security or privacy of the PHI.

The Health Information Technology for Economic and Clinical Health Act (“HITECH Act”) includes three exceptions to the definition of “breach,” which include situations where a violation of the Privacy Rule has occurred, but the violation is not to be considered a breach. Those include:

… a breach is presumed unless, through a risk assessment, the covered entity determines that there is a Low Probability that the data has been Compromised (‘LoProCo’).

If it is established that the acquisition, access, use or disclosure of PHI violates the Privacy Rule, and that the breach does not meet any of the three regulatory exceptions, a breach is presumed unless, through a risk assessment, the covered entity determines that there is a Low Probability that the data has been Compromised (“LoProCo”).  To make this determination, the U.S. Department of Health and Human Services (“HHS”) provides that covered entities and business associates must conduct a risk assessment, taking into consideration, among other things, the following factors:

For example, assume that a hospital sends a fax with patient medical information to the wrong fax number outside of the hospital.  In performing this analysis, the covered entity should:

If the covered entity makes the determination through an in-depth LoProCo analysis that the breach of the PHI does not pose a significant risk of financial, reputational or other harm to the individual, then no breach notification is required. As matter of prudent business practice, the covered entity should always document their risk assessments in order to demonstrate, if necessary, that no breach notification was required. 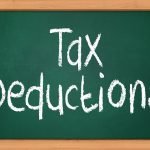 How to Assure that your Settlement Payment is Tax DeductibleBlog, Taxation