By Chris Sabis
Posted January 12, 2022
In Blog
Federal Court Rules Anti-Kickback Statute Can Apply to Services Provided to Long-Term Care Residents Who Are Not Covered by State Medicaid Plan2022-01-122022-01-12/wp-content/uploads/2018/03/srvh_color.pngSRVH Lawhttps://srvhlaw.com/wp-content/uploads/2022/01/blog_sabis_federal-court-rules.jpg200px200px
0
0

The U.S. District Court for the Middle District of Tennessee recently issued a number of rulings interpreting the federal False Claims Act (FCA) and its state law counterparts that are relevant to long-term care facilities (LTCs) that bill federal and state healthcare programs. These cases relate to co-management agreements, late government intervention in FCA cases, and government motions to dismiss whistleblower complaints over plaintiffs’ objections.

The latest decision in this string of healthcare cases examined whether the federal Anti-Kickback Statute (AKS) applies to services paid for by LTC residents on Medicaid as incurred medical expenses (IMEs) using their own funds. The court’s reasoning should serve as a warning to LTCs that facilitate the delivery of such services to Medicaid patients and providers of non-covered healthcare services. Compliance with federal and state healthcare regulations may be prudent even when providing a medical service that the applicable state Medicaid program does not cover.

Medicaid is funded largely by the federal government, but the medical services it covers vary by state. For example, many state Medicaid programs do not cover non-emergency dental care for elderly patients. To help elderly Medicaid patients in LTCs obtain needed care that state Medicaid programs do not cover, federal regulations allow Medicaid LTC patients to deduct IMEs—such as non-emergency dental care—from their income to calculate their required contribution to payments for the LTC services that Medicaid does cover. Accordingly, a patient can use their money to pay for a non-covered service instead of contributing that amount toward the bill from the LTC.

When an LTC Medicaid patient has income and elects to use it for a non-covered service, the patient likely will have less money to contribute toward their portion of LTC cost. In this scenario, the state Medicaid program may need to pay more toward that patient’s LTC bill than if the patient did not pay for the IME. States may review and approve requests for IME deductions.

On November 22, 2017, Gregory Folse, a competitor of Care Services Management (CSM), filed a qui tam complaint on behalf of the United States, Tennessee, and other states against CSM and several other entities and John Doe defendants. Folse alleged, in part, that CSM’s business model for providing non-emergency dental services to LTC residents resulted in illegal kickbacks to LTCs.

On March 13, 2018, the United States declined to intervene. Three years later, on March 10, 2021, Tennessee and Louisiana filed a joint Complaint in Intervention, alleging two separate fraud schemes, including the alleged kickback scheme between CSM and the LTCs with which it contracted to provide dental services. 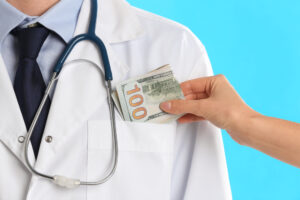 The defendants filed numerous motions to dismiss. On October 20, 2021, the court denied those motions by addressing various procedural issues and questions relating to the alleged kickback scheme. The most important question may have been whether the federal AKS applied to the non-emergency dental services at all. The states advanced no arguments regarding the medical necessity of the services; their only argument was that the services resulted from relationships that violated the AKS, which rendered them false under Tennessee’s and Louisiana’s counterparts to the federal FCA. The states maintained that they received “invoices” characterized as “Request[s] for [IME] Approval” from CSM, and these were false claims for payment because of CSM’s violations of the AKS.

Applicability of the AKS to IME Payments

The court began its analysis with the four elements of the AKS:

(1) the defendant solicited or received [or offered or paid] any remuneration, including any kickback or bribe, directly or indirectly, overtly or covertly, in cash or in kind, to any person; (2) that the remuneration was solicited or received to induce such person to refer an individual to a person for furnishing or arranging of an item or service; (3) that the item or service was one for which payment may be made in whole or in part under a federal healthcare program; and (4) that the defendant acted knowingly and willfully.

The court addressed the third prong first, reasoning that “without a sufficient link to a federal program, there is no reason for the court to consider any other feature of the relevant entities’ business relationships.”

The court recognized that the AKS “governs only the admittedly large chunk of [the healthcare field] paid for, in whole or in part, by the federal government.” Although Tennessee and Louisiana acknowledged they do not pay for most non-emergency adult dental services through their Medicaid programs, the court ruled that the dental services provided were paid in whole or in part under a federal healthcare program. The court offered two reasons for this conclusion.

First, “[a]t least as a practical matter, an IME deduction based on a dental service is indeed a manner through which the Medicaid program effectively pays a portion of the fee for that service” because “the IME system is not simply about reducing individual patients’ healthcare liabilities but also increasing the Medicaid program’s payments on behalf of that beneficiary.” (emphasis in original). Second, the court relied on the definition of “federal health care program” under the AKS, which indicates that the statute “covers any wholly or partially federally funded program ‘that provides health benefits, whether directly, through insurance, or otherwise.’” (emphasis added in original). The court reasoned that “the IME program is a mechanism for using federal funds to provide healthcare” and that the AKS does not distinguish between “compensable, ‘covered’ services paid through the traditional Medicaid claims process, on the one hand, and non-covered services subsidized by the IME deduction, on the other….”

Employing this rationale, the court found the non-covered dental services were paid for in whole or in part by a federal healthcare program and that Tennessee and Louisiana had sufficiently pled that element of the AKS. While the court noted that materiality of the false claims is a fact-based inquiry, it also ruled that the states had pled that the alleged violations were material to their payment decision sufficiently to survive at the motion to dismiss stage.

The Folse decision allows a state to expressly decline covering a healthcare service under its Medicaid plan yet regulate the provision of that service via enforcement of the federal AKS.

The Folse decision allows a state to expressly decline covering a healthcare service under its Medicaid plan yet regulate the provision of that service via enforcement of the federal AKS. The ruling appears to be unprecedented, and the court cites no other cases to support its conclusion on this issue. Indeed, the ruling seems inconsistent with other federal law and cases outside the FCA and AKS contexts stating that IME money is not federal money and that “not covered under the state plan” means “not paid for by the state Medicaid program.”

The claims in Folse are limited to the dental providers. The LTCs with which they contracted are not named defendants. But there are obvious implications for LTCs seeking uncovered care for their residents. If Folse gains traction, agreements through which LTCs attempt to secure access for their Medicaid residents to non-covered services, like routine dental care, will be subject to federal and state scrutiny under the AKS, the Stark Law, and other statutes. Providers should also know their medical necessity determinations and billing practices may also be subject to enforcement actions, even for uncovered services.

The IME process may only apply to a limited subset of healthcare services, but Folse poses substantial implications for healthcare providers in those industry segments. It is unclear what other consequences the court’s application of the AKS may have in other sectors. LTCs, healthcare providers, and their counsel should monitor this case and how other courts may treat this decision.

We continue to monitor developments in the FCA area. Subscribe to the SRVH blog and follow us on Twitter and LinkedIn for future updates. Contact the lawyers in our Government Compliance & Investigations group with any questions or concerns.

The original version of this article was published by McKnight’s Long-Term Care News on December 15, 2021. This extended version is reprinted here with McKnight’s permission.

Photo By New Africa from Shutterstock 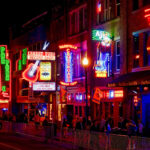 Lessons from a Pedal Tavern: Why You Need a Good Operating AgreementBlog, Litigation and Dispute Resolution