Earlier this month, the U.S. Attorney’s Office for the Middle District of Tennessee (USAO) announced that it had charged Fadel Alshalabi, the owner and Chief Executive Officer of Spring Hill, Tennessee’s Crestar Labs, LLC (Crestar), with violating the federal Anti-Kickback Statute (AKS) for his role in orchestrating a Medicare fraud scheme relating to genetic testing of cancer patients. The government alleges that Alshalabi and Crestar paid illegal kickbacks “in exchange for the solicitation of genetic tests from Medicare beneficiaries.” Specifically, Alshalabi

contracted with marketing companies to target and recruit elderly patients who were federal health care program beneficiaries in order to obtain their genetic material for conducting genetic tests.  Marketers, who were not health care professionals, obtained swabs from the mouths of the patients at nursing homes, senior health fairs, and elsewhere. The tests were then approved by telemedicine doctors who did not engage in the treatment of the patients, and often did not even speak with the patients for whom they ordered tests.  Often, the patients or their treating physicians never received the results of the tests.  Alshalabi paid illegal kickbacks and bribes in exchange for the doctor’s orders and tests, without regard to any medical necessity.

It is not unexpected that the government is pursuing an enforcement action in a case like this. After all, the government has a history of pursuing False Claims Act (FCA) cases relating to genetic testing. The Middle District of Tennessee itself has a record of pursuing kickback cases against pathology laboratories. 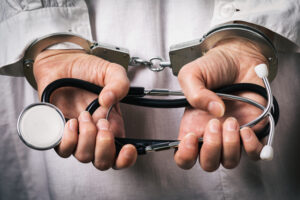 What is interesting is that Alshalabi is facing criminal charges. The AKS is a criminal statute, but the government often chooses to enforce it through civil FCA cases because of the ostensibly lower burden of proof and availability of treble damages. The USAO cases referenced in the link above are FCA resolutions involving alleged violations of the AKS.

But Alshalabi is facing up to ten years in prison if convicted. And this is not the first recent criminal case that the USAO in Nashville has brought relating to genetic testing. Just late last year, the Office announced that Vernon Sanders, the owner of FastScripts, LLC, had pled guilty to conspiracy to pay and receive kickbacks related to Medicare genetic testing referrals. The Alshalabi and Sanders cases have similar facts and are being prosecuted by the same Assistant U.S. Attorney. It is also noteworthy that neither press release from the Office references a Department of Justice (DOJ or Department) Trial Attorney being involved in the case, indicating that the investigations and prosecutions originated here at the local USAO.

It is possible that the December 2020 guilty plea from Sanders, with the follow on of this month’s charges against Alshalabi, is a sign that Nashville’s local USAO in particular is becoming more aggressive in its criminal fraud enforcement activities involving individual defendants.

Last spring, I wrote an update on the Department’s pursuit of individual executives and employees in fraud cases. Although I noted then that there seemed to be an “uptick in local healthcare and government procurement fraud enforcement” on the criminal side, the USAO has had something of a reputation for pursuing its more complex healthcare fraud cases civilly though the FCA, as opposed to through criminal indictments of individual employees and executives. It is possible that the December 2020 guilty plea from Sanders, with the follow on of this month’s charges against Alshalabi, is a sign that Nashville’s local USAO in particular is becoming more aggressive in its criminal fraud enforcement activities involving individual defendants. Or it could be nothing. But if you work in the healthcare industry (or for that matter, any industry that contracts with the government and is subject to procurement fraud actions), are you prepared to take that risk?

But what can you do about it? That answer has not changed since last spring:

[B]e prepared. Companies and their agents with questions or concerns should seek legal counsel before an investigation begins. If there is already an investigation, ask yourself, “Is counsel acting on my behalf or on behalf of the company?” Company counsel often cannot fully and fairly represent individuals while having a duty to the company. Find out if your employer will voluntarily indemnify and defend those acting on its behalf and provide them with independent counsel, or if it required by law to do so.

In any event, consider carefully who you choose to represent you. It should be a firm experienced in these matters that knows the tendencies of the civil and criminal prosecutors and agents conducting the investigation. Individuals who fail to seek independent counsel early in an investigation act at their own peril and continue to put their own money at risk.

Oh, and if do work in healthcare and you have concerns about any company practices in DOJ priority areas, you may want to be proactive and seek the advice of experienced counsel before a federal agent knocks on your door.

We continue to monitor developments in the white collar fraud and FCA areas. Subscribe to the SRVH blog and follow us on Twitter and LinkedIn for future updates. Contact the lawyers in our Government Compliance & Investigations or Healthcare groups with any questions or concerns.

Photo By  Sergey Chayko from Shutterstock 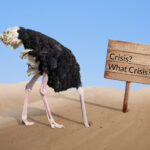