The Wisdom of Internal Investigations: What to Take Away from the NFL’S Response to the Ray Rice Incident

If you pay any attention to professional football (whether as a rabid fan, fantasy football player, or general sports enthusiast) or simply follow current events, the talk about former Baltimore Raven’s running back Ray Rice and the recent fallout over his suspension from the NFL has dominated the headlines. After all, as a $9 billion brand, the NFL is difficult to ignore.

While much of the initial coverage focused on the incident itself and societal issues related to domestic violence, the story quickly turned to the NFL and its handling of the matter.  First, the League’s initial reaction and mere two-game suspension of Rice was widely criticized.  Then, after the infamous casino elevator videotape of the assault was publically released by TMZ and the NFL pivoted and issued an indefinite suspension, more pointed questions arose over the NFL’s change in course and tortured explanation of its position.  Much of the criticism focused on NFL Commissioner Roger Goodell and his decision making process and veracity, which almost immediately led to his public launch of an “internal investigation” into the NFL’s pursuit and handling of evidence regarding Rice.

While this announcement created instant headlines and briefly deflected the mounting criticism of Goodell, it also raised the question as to whether this was the best course of action for the NFL. And for other leaders and their advisors who are faced with an organizational scandal or other event leading to a crisis in confidence, the similar question is raised as to if and when investigations like this are the right thing to do. For the NFL, expectations and consequences have immediately been created. What will an investigation uncover and at what cost? Moreover, will the process actually prove helpful to the NFL or make others feel better once it is completed? Whatever the case, it reminds us to reflect on some of the issues related to an organization’s launch of an internal investigation – whether in the public eye or behind closed doors – including its relative costs/benefits, how it is conducted, and its implications on internal governance and stewardship.

First, why launch an investigation? The Latin root for “investigation” means to follow a trail; search out. So at its core, an investigation is to determine facts, reconcile inconsistencies, and uncover the truth. While this is implicitly something organizations and their leadership do on a daily basis in various ways, like the NFL’s situation, at some moments the actual or perceived substance and magnitude of an issue is so large (e.g., one that question the integrity or trust of an organization or its leadership), a special, formal investigation process is required. But, in addition to seeking the truth, investigations ultimately occur for several reasons, such as to control a process, instill confidence, defend against accusations or mitigate punishment, assess blame or responsibility, satisfy the requirements of regulators or other third parties, or meet the requirements of fiduciary or other duties and meet standards of good organizational governance. Sometimes it is done in the public arena for internal or external public relations reasons, and at other times it is done outside of the public eye and confidentially for business or relational reasons. For whatever reason and in whatever case, understanding the purpose of an investigation is paramount in deciding whether to conduct one and the manner in which it is conducted.

For investigations like the NFL’s which appear conceived as a public relations tool, they can provide a quick, positive headline and perhaps stay the news cycle at least for a time period.  But, given that this practice has become so commonplace, one wonders how much the public really cares about so-called “investigations.”  Plus, once the findings of the investigation are released, the news cycle starts all over again. And for those investigations that are launched for other reasons, such as to appease a regulatory authority or mitigate a punishment or to meet an actual or perceived governance duty, a like question applies – do you have any assurances that the investigation will actually serve its purpose?

So at its core, an investigation is to determine facts, reconcile inconsistencies, and uncover the truth.

Second, in launching an investigation, an organization has to determine who will conduct it and how it will be done. This implicates not only simple mechanical considerations such as scope, timing, and access to information, but also issues of perception and results, with the goal being to insulate the process and results from criticism over the investigator or investigating body. If you want the investigation to be accepted by the audience – whether it be the public, a regulator, or another third party – it has to perceived as being legitimate and credible. So, is it best to be conducted by someone already part of the organization, such as the director of internal audit or the general counsel? Should the investigator report to the CEO or the board’s audit committee? After all, these parties are all intimately familiar with the organization and its personnel and operations, and presumably are best positioned to complete an investigation quickly and perhaps most thoroughly. They may also have the benefit of certain privileges and confidentiality. But, can you really ask the fox to guard the henhouse? Can they be fair and objective?

Assuming not, you then must look to the outside – to someone truly independent and without the constraints of existing relationships and with the credentials that instill confidence in the process. But where do you find this person, what do they cost, and how long will it take them to learn the organization and compete the inquiry? Do they appreciate the business aspects and relationships that will be implicated and the turmoil and damage that can occur from the process? The NFL, for example, turned to Robert Mueller to head its investigation. But instead of a slew of stories praising the NFL for its quick action to internally investigate, the media focus has been on whether the investigation is truly independent, as Mueller currently works for a law firm who has previously represented the NFL in a number of matters. So while the NFL has the cache of a former FBI director leading the investigation, has it already been compromised? Also, does it need to actually be done publicly, or can it be done without fanfare and under the radar? For a public company, does an investigation paralyze the company from undertaking certain transactions until the investigation’s results and consequences are disclosed to shareholders?

Recall the old adage ‘be careful what you ask for’ or, as many litigator’s have been taught,  ‘don’t ask a question you don’t already know the answer to’. While many investigations are specifically limited in scope – either explicitly at the beginning of the process or implicitly during the process through selected access or timing – once they are started they take a life of their own.

Third, recall the old adage “be careful what you ask for” or, as many litigators have been taught,  “don’t ask a question you don’t already know the answer to”. While many investigations are specifically limited in scope – either explicitly at the beginning of the process or implicitly during the process through selected access or timing – once they are started they take a life of their own. Obviously, transparency and consistency boost the credibility of an organization, and in the NFL’s case, an effective disciplinary program.  The NFL admits that it mishandled disciplining Rice; but while the internal investigation is to focus solely on the Rice issue and the disclosure of the videotape and other evidence, there’s the possibility it may uncover or accentuate other mishandled investigations. It may also reveal inconsistencies the NFL will be forced to explain and make a policy about domestic violence charges and suspensions even harder to enforce. It may also implicate people within the organization that previously were not in the public eye or pit individuals within the organization against one other. So while the goal of an investigation is to identify and root out wrongdoing, it can in the process destroy an organization’s culture and negatively impact relationships. Finally, does an investigation attract scrutiny to others areas of your business and by other parties. Does the IRS now question the veracity of your financial statements and tax returns, does the EEOC now question your employment practices, or does the SEC now question your public disclosures?

We are not suggesting that investigations cannot be helpful, nor are we condoning trying to hide the truth – at the end of the day, an investigation can be a smart practice of organizational governance and PR. But the lesson is to carefully consider what you are doing before you do it.  Investigations should be launched only after carefully assessing the potential benefits, risks and consequences, considering the impact of the possible findings (including those not expected) and the potential culpability of various members of the organization. The investigator and his or her credentials and affiliations should be carefully considered, as well as the clear focus, process, and boundaries of the investigation.  The need for this thoughtful and measured approach is important so that an organization is in position to protect its brand before, during, and after the investigation. 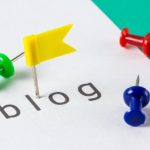 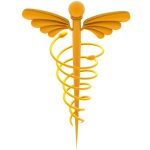