It’s official. I have now practiced law longer than I have worked as a journalist. It’s an odd personal milestone, and I still feel a bit stuck in that identity crisis of trying to figure out exactly which box I fit in more. Certainly, in all my purely litigation matters, my skills as a lawyer are paramount, but I still think a lot more like a reporter in many circumstances.

It’s just a fact — what excites lawyers is not the same as what interests reporters.

Law schools take great pride in teaching law students year after year to think like lawyers. While that is an invaluable skill, lawyers sometimes forget how “normal people” think when dealing with the media. Whenever I get together with my reporter friends, I am always asked about my current exciting cases. After five minutes of me rambling on about my latest sexy breach of contract case or — how about some real cocktail party conversation — the Rule against Perpetuities, I get the inevitable, “Um, yeah. How are the kids?” It’s just a fact — what excites lawyers is not the same as what interests reporters.

I often have clients ask me to try to get them proactive media coverage on a case or legal issue. Usually, when the client is a lawyer, their past attempts have been unsuccessful because when they pitch a story, they think like a lawyer instead of a reporter. A couple of years ago, a colleague excitedly ran into my office, saying that the client really wanted media coverage about a particular issue and what could be better than our recently filed motion for summary judgment? I started to laugh, which was not exactly the reaction she expected. “Oh, you are serious. You think we could get coverage from local tv stations on a motion for summary judgment filed in federal court,” I quickly asked. Now, for the lawyers on the case, including me, the motion was huge — a novel area of law and a potential big win for our client. But how many headlines have you seen with the words “summary judgment?” I didn’t even know what that meant until I went to law school. 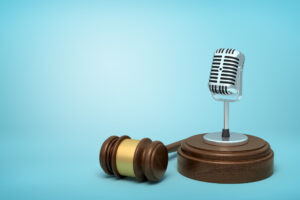 Now, we did ultimately receive a lot of coverage in that case, but it was thinking like a reporter, not a lawyer, that made a difference. When I pitched the story to reporters, I never once mentioned summary judgment or tried to explain what it would mean to have a claim dismissed as a matter of law — all the things that excited me as a lawyer. Instead, the focus was on the newsworthy facts—the ones I knew would have interested me as a reporter and the same facts I would have pitched to a news director or editor. For TV stations, the focus was on the visual aspects of the story, not on the most riveting parts of the brief.

So, while I’ve hit that milestone of thinking like a lawyer for a little longer than thinking full-time as a reporter, I hope I always keep those reporter instincts. Every once in a while, it allows a client to reach their media goals, and the lawyer side of me can still relish with them in a courtroom win.

Photo By Gearstd from Shutterstock 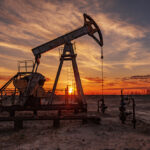 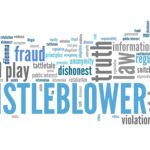