Can Politeness to the Press Help in a Crisis?

While you may have had your fill of election news and politics, it’s worth taking an objective view of recent White House press conferences as a lesson in relationships with reporters.  Putting politics aside and no matter what side of the aisle you land on, you can’t help but notice the difference in the White House press conferences these days.  Reporters ask questions, the press secretary answers them, and the jabs, insults, and personal attacks are gone.

People often forget that the press is made up of people—people with feelings and lives outside of work.

I find it funny that when I talk to people who know nothing about my background, they often refer to the “media,” “press” or “reporters” as this sort of robotic conglomerate.  People often forget that the press is made up of people—people with feelings and lives outside of work.  News flash—reporters are people.  Business and community leaders tend to forget that and either fear reporters and don’t take advantage of potentially great relationships which can led to positive business stories or they have an instant sense of hatred and spite towards reporters, which animosity often leads to a much worse story than necessary. 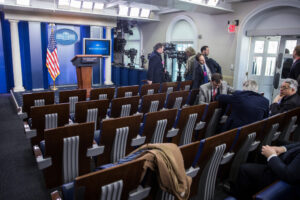 I often think about the time I was knee deep covering Adam “Pacman” Jones, a former Tennessee Titan with a lengthy record of getting into trouble on and off the field.  After a couple stories, then-head coach Jeff Fisher wasn’t exactly pleased with me.  His press person told me I wasn’t invited to a press conference even though I had never been excluded before.  Little did that person know, I was running on little sleep due to covering Pacman, and planning a large family event out of state, and frankly, I was irritable.  Telling me I wasn’t invited to a press conference when I clearly had press credentials was the last thing I wanted to hear.  Despite my normal, easygoing manner, I went into that press conference mad, irritated, and with something to prove.  My questions were overly aggressive bordering on rude and my normally fair disposition was definitely tainted by what I felt like was a personal attack.  I still remember a sports reporter from another station leaning over to one of my colleagues and whispering, “Oh my gosh, I heard Amy was good to work with but I had no idea this is what she’s really like.  Sorry, man.”  Luckily, a little sleep and a good meal took care of my temporary bad attitude, but now on the other side of things, it really makes me wonder what my 6pm lead story would have looked like had I just been treated like every other reporter and not singled out.  Would I have been kinder to Coach Fisher if someone had just said to me that they understand that I was just trying to do my job?

So, next time you decide that a reporter is the enemy or that you are just going to lump the media into one category, remember that they are people too.  He or she may have had an argument with their spouse that morning, skipped lunch, or stayed up with a baby all night.  So, a little jab or insult could just have a major effect on the press coverage of your business or non-profit on the nightly news.

So, while the current White House press conferences certainly have less entertainment value than under the last administration, the polite banter, respectful demeanor, and cordial answers, may be very purposeful.  It won’t always guarantee you good press, but that basic kindness and respect can very easily turn a fair or negative story into a PR nightmare.   After all, reporters are just human, right?

Photo By Gil Corzo from Shutterstock 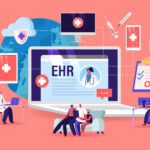 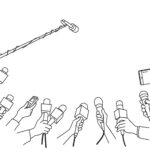