Under the False Claims Act (FCA), the United States gets an initial 60-day period to determine whether to intervene in a whistleblower’s qui tam action, during which time the complaint remains under seal.[1] Although the government sometimes makes an intervention decision during this period, the Department of Justice (DOJ) usually seeks extensions of the seal to further consider its options. The FCA allows the United States to ask courts for such extensions “for good cause shown.”[2] In the vast majority of these cases, the government uses the additional time to conduct an investigation of the relator’s sealed complaint, and sometimes to initiate a parallel criminal investigation. Government investigations often include witness interviews, Medicare/Medicaid/TRICARE or other data analysis, and the issuance of Civil Investigative Demands (CIDs) to the defendant and third parties seeking documents, deposition testimony, or answers to interrogatories related to the whistleblower’s allegations.

But do these investigations constitute “good cause” for keeping a whistleblower’s allegations under seal? And if they do, for how long? A recent federal magistrate judge’s report and recommendation in the Middle District of Tennessee addresses what can happen when a court unseals an FCA case before the government has made an intervention decision. Given the relatively limited case law on this issue, the report and recommendation, if accepted by the district court, could have implications for FCA cases across the country.

Varying Approaches to the FCA Seal

The FCA is a complex statute with a number of stringent proof requirements, such as materiality of the alleged fraud and the knowledge or intent of the defendant. It may be reasonable for the government to seek sufficient time to investigate a whistleblower’s allegations before accusing any party of an FCA violation and initiating what may be a lengthy litigation. At the same time, do parties, courts, and the public want or benefit from health care and procurement fraud allegations remaining under seal for years without public disclosure? The statute of limitations for most white collar criminal investigations is five years. The FCA statute ranges from six to ten years depending on the circumstances of the case.[3] Do those periods offer guidance for the appropriate length of an FCA investigation or a parallel civil-criminal white collar investigation, or did Congress set a shorter expectation when it provided an initial seal period of only two months? 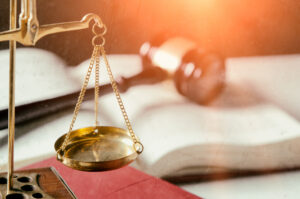 The FCA does not answer these questions and district courts have varied approaches to the FCA seal and investigation period. Some think two months is plenty, some grant two years. Some allow extensions so long as the government is diligently investigating the matter. Others see it as a case-by-case question depending on the complexity of the allegations. For some, whether the government has obtained a partial seal lift to share the whistleblower’s complaint with the defendants may factor into the analysis. Accordingly, government extension requests on similar grounds before different courts may have very different results. Jurisdiction and court are important factors in most civil litigation, but with the FCA the assignment of a case can affect its course even before the defendant is served with a complaint.

Sometimes these disagreements result in an FCA case being unsealed before the government has concluded its investigation of the allegations. In such cases, the government often declines to intervene at the time of the unsealing, reserving the right to do so later, and the relator proceeds with the litigation. The FCA allows the government to intervene after it has declined and allowed the relator to proceed, again, “upon a showing of good cause.”[4] Predictably, parties can disagree on what constitutes good cause in these situations.

Such is the case in United States et al. ex rel. Odom et al. v. Southeast Eye Specialists, PLLC, et al., filed on April 7, 2017, in the Middle District of Tennessee. Relators allege that defendants violated the federal Anti-Kickback Statute (AKS) when they entered into an illegal co-management arrangement in which optometrists made referrals to ophthalmologists “in exchange for a portion of the resulting Medicaid or Medicare fees and a promise not to compete for routine eye care.”[5] After permitting approximately 28 months of investigation, the district court set an August 9, 2019 intervention deadline, and the governments declined to intervene.[6] The whistleblowers proceeded with the litigation and, six months later, on February 10, 2020, the United States moved to intervene, join two individual defendants, and stay the case for 90 days to allow it to file its complaint in intervention. In its supporting memorandum, the United States maintained that its ongoing investigation had revealed new information that it did not have before it declined, that the relators supported its motion, and that the defendants would not be “unduly prejudiced” by their intervention.[7]

Defendants opposed the government’s request. They argued that the United States lacked good cause to intervene because

(1) relator consent alone does not constitute good cause; (2) the government does not specify the new information it has identified that warrants late intervention; (3) the government’s own actions delayed the discovery of new information; (4) allowing intervention at this stage would prejudice the defendants because intervention would render their time spent briefing their motion to dismiss wasted and further prolong the litigation; and (5) granting the motion would “incentivize future dilatory conduct by the Government.”[8]

On July 31, 2020, Middle District of Tennessee Magistrate Judge Alistair Newbern issued a Report and Recommendation to Chief Judge Waverly Crenshaw recommending that the court grant the United States’ motion to intervene and request for a stay. Judge Newbern began her analysis by pointing out that the “FCA’s primary intended beneficiary is the Government,”[9] and that the “good cause” requirement of Section 3730(c)(3) exists to protect whistleblowers “by deterring unwarranted government intervention after the relators have ‘expended considerable resources to advance the case’ only to ‘lose up to half the reward for bringing the action.’”[10]

With those guideposts in mind, the court addressed what other courts have considered in determining whether there is good cause for government intervention under Section 3730(c)(3). It noted that “[c]ourts generally interpret the [good cause] standard broadly,” and “look to whether the Government has pointed to new evidence that warrants late intervention . . .”[11] without “examin[ing] the nature of the newly discovered evidence or whether the information was available to the Government when it initially decided not to intervene.”[12] Courts also consider whether the proposed intervention would be prejudicial to the other parties or cause undue delay.[13] Because the good cause requirement exists to protect relators, “[c]ourts tend to give more weight to a finding of prejudice to the relator than a finding of prejudice to the defendant.”[14] The court also noted a dearth of decisions where a court denied intervention at the early stages of discovery due to prejudice or undue delay.[15]

Applying this legal framework to the proposed intervention in Southeast Eye Specialists, the court found the United States’ argument that it had identified new evidence from “analysis of the types of remunerations allegedly given by the defendants for referrals and the pattern of referrals using data acquired after the decision not to intervene and from additional witness interviews” to be sufficient to support a finding of good cause.[16] The court also found that relators’ consent to the intervention weighed heavily in favor of allowing it.[17] Finally, the court ruled that the six-month delay in the government’s intervention was “comparable to—or much shorter than—periods of delay found not to prejudice the parties in similar cases.”[18] The court acknowledged some harm to the defendants in that the time they spent briefing their motion to dismiss relators’ complaint was “wasted,” but found that this was “not weighty enough to prevent intervention.”[19] Once the court had recommended granting the intervention, it also recommended granting the government’s requests to add the two individual defendants and to stay the case to allow the government to file its complaint in intervention, as those motions were unopposed.[20]

Southeast Eye Specialists confirms that parties accused of fraud on the government are not necessarily finished dealing with DOJ even if it initially declines to intervene in an FCA case. Ongoing government investigations or developments in litigation with a whistleblower can bring the United States back into a case that it had previously left to the relator.

The Magistrate’s Report & Recommendation in Southeast Eye Specialists is the first of its kind in the Middle District of Tennessee. Assuming that it is accepted by the District Court, it will provide a legal framework by which judges may analyze future Section 3730(c)(3) interventions in the Middle District of Tennessee. Furthermore, given the relatively limited case law on this issue in the federal courts, Magistrate Judge Newbern’s Report and Recommendation may have implications for FCA practice across the country. Its importance will vary by jurisdiction depending on each court’s approach to government requests for extension of the seal period in qui tam cases.

Regardless, the Southeast Eye Specialists confirms that parties accused of fraud on the government are not necessarily finished dealing with DOJ even if it initially declines to intervene in an FCA case. Ongoing government investigations or developments in litigation with a whistleblower can bring the United States back into a case that it had previously left to the relator. FCA whistleblowers and defendants should be aware that federal and state governments regularly monitor, and may still be investigating, declined qui tam litigation. Counsel should consider the implications of their litigation decisions on potential government involvement in the case.

Chris Sabis is a healthcare and procurement fraud lawyer specializing in government compliance and investigations.

Photo By Proxima Studio from Shutterstock

[7] Id. at *2. Tennessee later joined in the United States’ request to intervene. 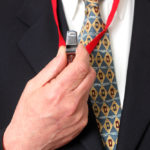 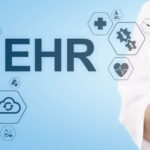