Flipping Over the False Claims Act

It is not surprising that False Claim Act (FCA) and white-collar fraud headlines continue to be dominated by healthcare and COVID-19 relief fraud allegations. These undoubtedly remain areas of focus for the Department of Justice and its U.S. Attorney’s Offices. But as I wrote a few weeks ago, other industries and topics sometimes breakthrough the cacophony of federal whistleblower allegations to grab the attention of enforcement authorities. One such small, but significant matter resulted in a recent, unprecedented FCA settlement here in Nashville. 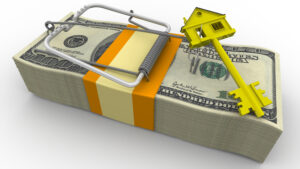 On March 22, 2021, the U.S. Attorney’s Office for the Middle District of Tennessee announced a $200,000 FCA settlement with Laziza Abdullaeva and Aziz Ashurov of Mt. Juliet, Tennessee. The settlement resolved qui tam allegations made by two whistleblowers that Abdullaeva and Ashurov, and their investment company, Capital Invest, LLC, made false statements to the U.S. Department of Housing & Urban Development (HUD) indicating “that they intended to occupy certain properties they purchased from HUD as a primary residence, but instead resold the properties for a profit and were presently renovating one such property purchased in East Nashville presumably for resale.”

Apparently, the properties were available for purchase as part of a HUD program designed to create opportunities for affordable homeownership. According to Acting U.S. Attorney Mary Jane Stewart, “When purchasers misstate their intentions in purchasing federally-owned properties, it impairs the ability of HUD to provide access to affordable housing for everyone.” The lawsuit is captioned United States ex rel. Worrall v. Ashurov, et al., Case No. 3:19-cv-1170 (Trauger, J.), and the whistleblowers received a 20% share of the government’s recovery.

The dynamic housing market in the Nashville area coupled with HUD’s affordable housing programs and fair housing regulations more generally create a potentially fruitful environment for affirmative civil enforcement in this arena. The Capital Invest settlement may be a sign of things to come.

Although $200,000 is a relatively small FCA resolution, this case is significant in the Middle District. The vast majority of FCA matters in Nashville over the last decade have involved healthcare fraud qui tam cases and investigations. While there also have been some procurement fraud settlements, there has been little evident collaboration between the Middle District and HUD, and no apparent affirmative civil enforcement activity in the housing industry in general. The dynamic housing market in the Nashville area coupled with HUD’s affordable housing programs and fair housing regulations more generally create a potentially fruitful environment for affirmative civil enforcement in this arena. The Capital Invest settlement may be a sign of things to come. Companies and individuals participating in the housing market should consult with counsel experienced in government investigations and compliance with federal regulations if they have any concerns regarding such federal requirements.

We continue to monitor developments in the FCA space. Subscribe to the SRVH blog and follow us on Twitter for future updates. Contact the lawyers in our Government Compliance & Investigations, Healthcare, or Real Estate groups with any questions or concerns.

Photo By Waldemarus from Shutterstock 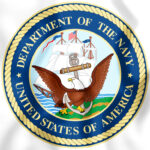 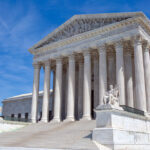