The Middle District of Tennessee has made some interesting rulings in the False Claims Act (FCA) space of late. These cases merit attention from those working in healthcare or any industry receiving government funds. The rulings relate to the “good cause” that the government must demonstrate in order to intervene in a whistleblower’s qui tam case when the government has previously declined to intervene and take over prosecution of the matter from the whistleblower, also known as the relator. How courts apply this statutory requirement is important, as it may affect the government’s ability to control future qui tam cases and influence the manner in which companies and individuals accused of healthcare or procurement fraud pursue their defenses.

First, in August, Magistrate Judge Alistair Newbern granted the government’s motion to intervene in the Southeast Eye litigation approximately six months after it had initially declined to take over the case. Then, earlier this year, Chief Judge Waverly Crenshaw vacated that decision and denied the government the right to intervene in that case (stay tuned for more on that decision from my SRVH colleague Alice Haston once the final transcript is released). The government has now appealed that case to the Sixth Circuit. 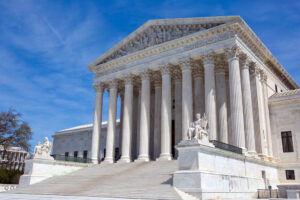 On April 28, 2021, District Judge William Campbell issued another interesting FCA ruling that covers some related ground. The United States has been involved in Medicare fraud litigation with nursing home chain SavaSeniorCare, LLC (Sava) since 2011. As of late 2018, four different whistleblower cases against Sava were pending in the Middle Tennessee. In those intervened actions, the United States alleged that, among other things, “between October 1, 2008, and September 30, 2012, Sava engaged in a scheme to maximize its Medicare revenue by maximizing the number of days it billed Medicare for the highest level of patient care . . . .”[1]

At around the same time that the United States informed the court that the parties to those cases were pursuing an omnibus settlement (in part due to Sava’s financial condition), a new whistleblower filed a fifth qui tam case styled United States ex rel. Hinds v. SavaSeniorCare, LLC et al. Relator Hinds alleged that, from October 2012, through September 2015 (the period immediately following that at issue in the previously intervened cases),

(1) Sava billed excess minutes of unattended electrical stimulation (“e-stim”) treatments; (2) Sava billed for medically unnecessary e-stim under Medicare Parts A and B; (3) Sava billed for attended e-stim without the required documentation to support the claim; (4) Sava improperly assigned G-codes without a licensed therapist’s assessment; and (5) Sava treated patients without obtaining a physician certification of medical necessity.[2]

The government was unimpressed. It told Relator Hinds that her allegations were “substantially similar” to those raised in the prior actions and that it would move to dismiss her new whistleblower complaint.[3]

The government moved to dismiss under 31 U.S.C. § 3730(c)(2)(A), which states that the United States “may dismiss [a qui tam] action notwithstanding the objections of the person initiating the action if the person has been notified by the Government of the filing of the motion and the court has provided the person with an opportunity for a hearing on the motion.” It argued that pursuing the case would waste government resources after years already spent investigating, litigating, and pursuing the earlier-filed FCA claims against Sava. The government urged, given that the pending settlement is “based on Sava’s financial condition,” that the Hinds case was “unlikely to result in additional recovery regardless of the merits of the claims.”[4] The government alternatively moved to dismiss due to a lack of subject matter jurisdiction under the FCA’s “first to file” bar,[5] “government action” bar,[6] and “public disclosure” bar.[7]

Judge Campbell summarized the different tests that federal courts have employed in considering 31 U.S.C. § 3730(c)(2)(A) motions, including (1) the “rational relation test,” in which the court considers whether the government has shown a valid government purpose for the dismissal and that the dismissal will achieve that purpose;[8] and (2) the Swift[9] standard, which provides the government with a virtually “unfettered right to dismiss” a whistleblower case.[10] But the court rejected these standards in favor of the Seventh Circuit’s approach in United States ex rel. CIMZNHCA v. UCB, Inc.[11] Under UCB, the United States must first intervene in the case for good cause under 31 U.S.C. § 3730(c)(3) before a court considers its motion to dismiss under the standard in Federal Rule of Civil Procedure 41.[12] The court based this decision on a textual analysis of the FCA, and dismissed any concern that requiring the government to show good cause for intervening before seeking dismissal could “unconstitutionally wrest control of prosecutorial decisions from the Government.”[13]

Applying UCB, the court construed the government’s motion to dismiss as a motion to intervene and dismiss, and reasoned that the question of whether the government had good cause to intervene under § 3730(c)(3) hinged on the merits of its motion to dismiss.[14] Here, the court considered “the reasons given by the Government for dismissing the action as well as countervailing considerations such as fairness to the Relator, substantive due process, the use of judicial resources, and the terms on which dismissal would be proper.” It found dismissal warranted under either the Sequoia Orange rational relation test or Rule 41(b).[15] The court ruled that the government “is [not] obligated to investigate specific allegations brought by each and every relator regardless of the circumstances,” nor is any particular level of investigation required of the government before it seeks to dismiss a case.[16] Judge Campbell also declined to “second-guess the Government’s determination that additional recovery is ‘unlikely,’”[17] and found no evidence that the government’s decision to dismiss was fraudulent or illegal.[18]

. . .the court’s application of UCB is interesting for a couple of reasons. First, it deepens the split among the federal courts concerning the proper analysis of government motions to dismiss whistleblower cases under § 3730(c)(2)(A). Although the particular test is often not dispositive, the court acknowledged that this may not always be the case.

The district court’s dismissal of the Hinds case pursuant to § 3730(c)(2)(A) is not surprising given the deferential standards federal courts historically have applied to (c)(2)(A) questions. But the court’s application of UCB is interesting for a couple of reasons. First, it deepens the split among the federal courts concerning the proper analysis of government motions to dismiss whistleblower cases under § 3730(c)(2)(A). Although the particular test is often not dispositive, the court acknowledged that this may not always be the case.

Moreover, the court’s application of UCB is particularly interesting on a local level given Chief Judge Crenshaw’s recent decision in the Southeast Eye case mentioned above, in which the court denied a government motion to intervene in order to pursue an FCA litigation that it had previously declined. Both matters involved application of the good cause standard for government intervention, but in different contexts. Although litigation of these issues is somewhat unusual, it will be interesting to see how courts harmonize these two applications of the good cause standard to future government motions in FCA cases. The government may argue that a more searching judicial analysis of the government’s claimed good cause in future cases could implicate the separation of powers issues that the court found absent in Hinds.[19]

[5] 31 U.S.C. § 3730(b)(5) (“When a person brings an action under this subsection, no person other than the Government may intervene or bring a related action based on the facts underlying the pending action.”).

[6] 31 U.S.C. § 3730(e)(3) (“In no event may a person bring an action . . . which is based upon allegations or transactions which are the subject of a civil suit or an administrative civil money penalty proceeding in which the Government is already a party.”).

[7] 31 U.S.C. § 3730(e)(4) (“The court shall dismiss an action or claim under this section, unless opposed by the Government, if substantially the same allegations or transactions as alleged in the action or claim were publicly disclosed . . . .”).

Photo By Steven Frame from Shutterstock 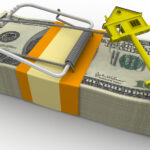 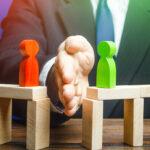 Breaking Up Is Hard to Calculate: Recent Case Clarifies How to Value a Terminated Member’s Interest in a Tennessee LLCBlog, Litigation and Dispute Resolution